My first salary was Rs 75 for dancing at a hotel: Salman Khan

He is one of the highest-paid actors today, but the superstar reveals his first ever salary was merely Rs 75. 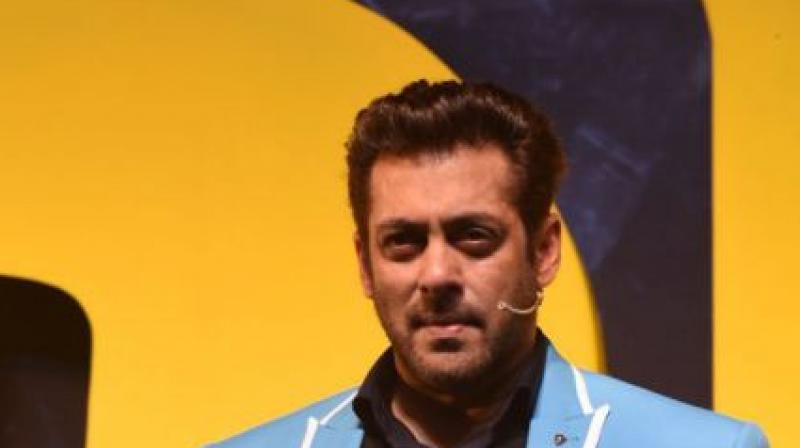 Mumbai: He is one of the highest-paid actors today, but superstar Salman Khan reveals his first ever salary was merely Rs 75.

Salman occupied the second spot on Forbes' list of the 'Highest-Paid Actors in Bollywood' for the year 2017.

He also became the highest-paid TV actor with reports suggesting that he is getting Rs 11 crore per episode for hosting the 11th season of reality show 'Bigg Boss'.

While the 51-year-old actor is yet to comment on the reports, he remembers what he was paid during his intial days.

In an interview with PTI, Salman says, "My first salary was, I think, about Rs 75. I was dancing behind in some show in Taj hotel. One of my friends was dancing there, so he took me (and I did it) just for fun.

For the 'Bajrangi Bhaijaan' star, this is his eighth season as the host of the controversial reality series, and Salman says he always comes back to the show because he connects with the format.

"There is nothing else that I am interested in doing, this is one of the better shows that I have. There are other really good shows, but I don't think they are of my format. I don't think I'll be able to pull that off. I know I can pull this one off."

Salman says he needs shows which have a connect with "common people" to be a part of.

"Even 'Dus Ka Dum' (a reality game show) worked well for me. I need that vibe, that touch with different personalities, with the common man. I need that (grassroots) connect. Till the time I don't have a connect, I don't think I can pull anything off," he said.

'Bigg Boss' will air on Colors from October 1.