But then the effort that she had to put for Secret Superstar was no less than the effort she put for Dangal. 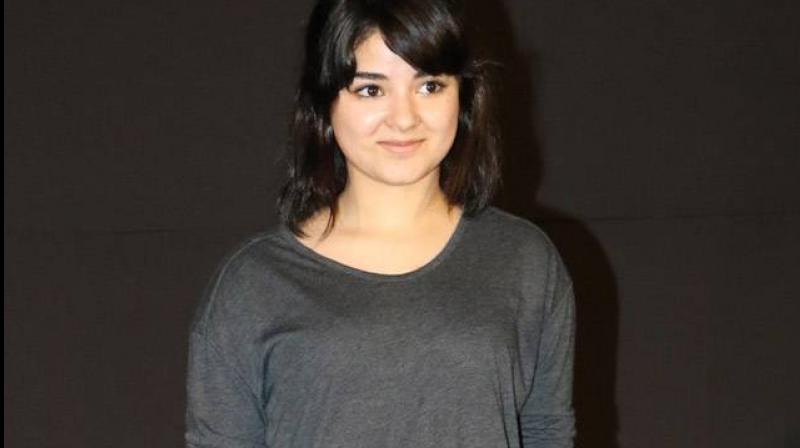 Zaira Wasim, the heroine of Aamir Khan’s Secret Superstar, is treading on Aamir’s footsteps. The Dangal actress is putting in hard work without expecting awards. She says, “I do hope that the hard work put in by all of us gets appreciation. We also want to make sure that the message that we are trying to send the world through this film, reaches people in the right way,” says the 16-year-old.

After a film on wrestling, it was a departure to do a film on music. “My character Insiya, loves to sing and loves to play the guitar. Insiya’s dreams and her mother’s dreams coincide somehow. Amit Trivedi has composed all the songs and Meghna Mishra has rendered her voice so beautifully that the songs have come alive. They deserve all the accolades for the music of this film,” she says.

But then the effort that she had to put for Secret Superstar was no less than the effort she put for Dangal. “The guitar is a very important character in this film, just like how wrestling was an important component of Dangal. It would have been embarrassing even if I looked like I was playing the wrong note in the film. A lot of effort went into the preparation for this film.”

She adds, “I was lip-syncing for the first time. So, I went and saw all the recordings that Meghna did. I wanted to look real when I was singing the songs,” says Zaira.

The teenager is also looking forward to her studies. She had given her board exams for standard 10 during Dangal and now she wants to study ahead. “I was very lucky that even before we had started shooting for Dangal, I got the offer for my second film. And importantly as Aamir sir says, the script should touch your heart. My priority after the release of this film will be my studies, but let us see what happens after this film. I have not got too many offers. I think it is all about your destiny. At the moment I am scared, nervous and excited about Secret Superstar and hope that the film does well,” she says.
—Sanskriti Media