Not just the two superstars, music composer AR Rahman and others like Karan Johar, Rana Daggubati and Dhanush were also spotted. 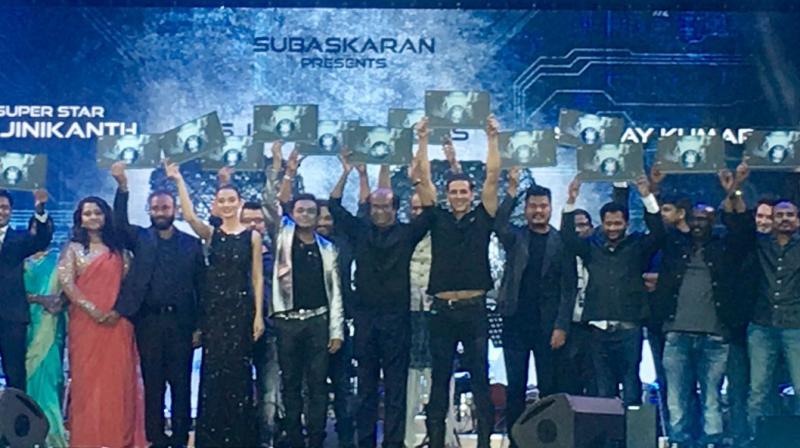 One of the pictures from the audio launch shared on Twitter.

The grand event saw the gracious presence of stars like Karan Johar, Rana Daggubati, AR Rahman, Dhanush and many others under the same roof.

Akshay Kumar, who plays the villain in the movie, was seen setting the stage on fire with his performance.

Amy Jackson, who plays a droid in the movie, too gave a sizzling performance at the event.

'2.0', which brings Rajinikanth, Akshay Kumar and Shankar together for the first time, is a sequel of 2010 film 'Enthiran' (released in Hindi as 'Robot') that featured Aishwariya Rai opposite the Thalaiva.

Composed by maestro AR Rahman, the album is said to have three songs, out of which, two have been unveiled.

The film will be released in a special 3D format and is set to the hit the silver screens on the Republic Day weekend in 2018.