Rishi, who posed for pictures later with his wife Neetu Singh, however, made sure that his voice was also heard. 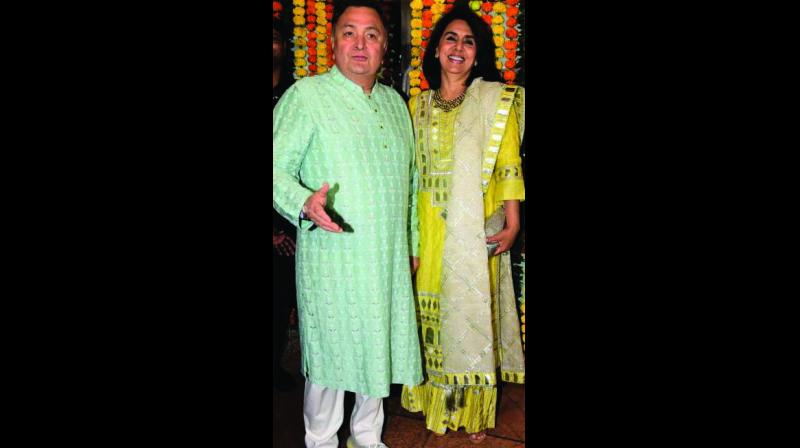 Rishi Kapoor seems to be in fine form. Well, the actor who is back in Mumbai after his cancer treatment in the US was at Ekta Kapoor’s Diwali bash when he took the bash part rather seriously and gave a lashing to the paparazzi who made more noise than the firecrackers when they wanted to click his pictures. Rishi, who posed for pictures later with his wife Neetu Singh, however, made sure that his voice was also heard.

“Shor mat machao (don’t make noise) We have to keep our respect, otherwise people will think that film folk make a lot of brouhaha. Take your pictures quietly. Don’t keep asking for us to see all around. Don’t keep shouting like that,” he warned them.

Then, sobering down, Rishi was rather sweet when he told the photographers again, “I am a senior member of the film industry and hence respect my words. You can’t live without me and we can’t live without you. But you must maintain a sense of decorum,” he added.

Well, that was a long time since Rishi spoke that nicely to the paparazzi.
— Sanskriti Media