Raees closing in on 100 crores, Kaabil striving hard to keep up on Day 4

The Shah Rukh Khan and Hrithik Roshan starrers clashed at the box-office on January 25. 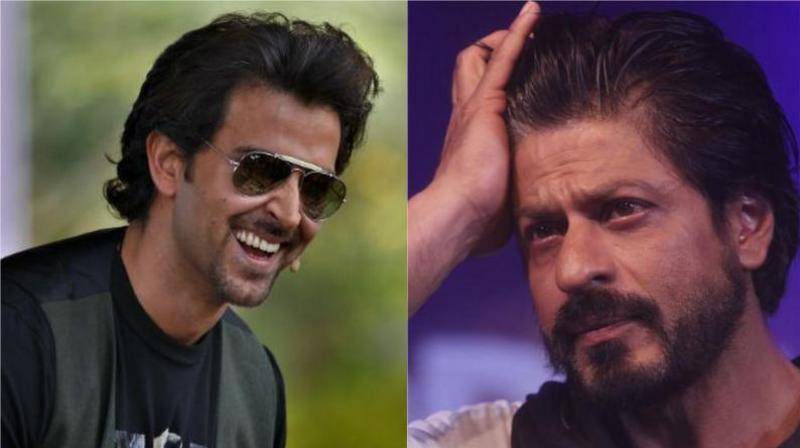 The two had acted together in Karan Johar's 'Kabhi Khushi Kabhi Gham'.

Mumbai: Shah Rukh Khan and Hrithik Roshan had been headed for the biggest clash in recent years, eclipsing the 'Rustom'-'Mohenjo Daro' and 'Ae Dil Hai Mushkil'-'Shivaay' clashes from 2016.

'Raees' and 'Kaabil' have been in the news for most parts of the last two months, owing to the clash, that most trade pundits believed was avoidable, and an eleventh hour flip from the exhibitor's side to give the SRK starrer a 60:40 advantage over 'Kaabil,' allegedly owing to industrial monopoly and bullying.

'Raees,' expectedly had taken a bumper opening at the box-office, grossing approximately 21 crores, as against Kaabil's 8 crore approximate gross.

The graph has been steady for the Rahul Dholakia directorial, despite of a high-profile clash. 'Kaabil' itself has seen a steady escalation in collections courtesy excellent word of mouth and critical reviews. However, 'Raees' has clearly been the winner.

And the 4th day collections of the two films has only established this fact.

While industry was expecting a surprise overture from 'Kaabil,' as had been seen during the 'Bajirao Mastani'-'Dilwale' clash when the former gradually overtook the latter's gargantuan domestic opening domestically, it hasn't been the case.

'Kaabil' needs to stay extremely steady in the coming week on working days to recover its cost, but the clash by now has its sure-shot winner.