Reports suggest, the makers have roped in Vicky Kaushal to play the main lead opposite Kangana in the upcoming whodunit thriller. 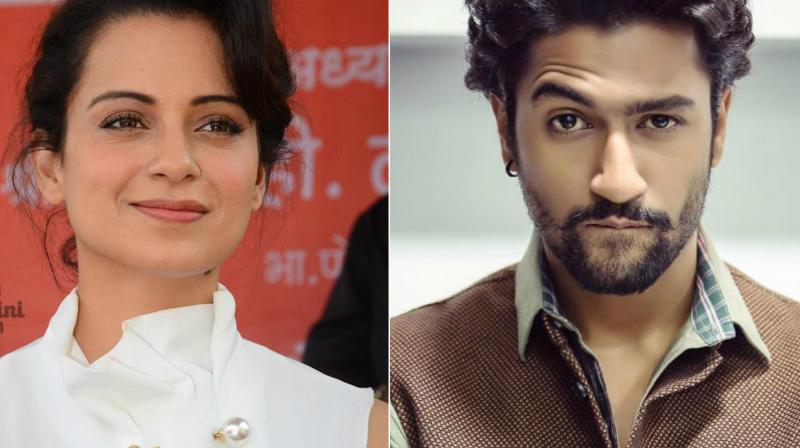 Mumbai: Kangana Ranaut, who is busy shooting for period drama 'Manikarnika: The Queen of Jhansi', has reportedly signed her next film which is touted to be a thriller. The whodunit thriller may be titled 'Mental'. As per the latest reports, the film’s leading man will be 'Masaan' fame Vicky Kaushal.

A source close to the development revealed to a leading daily, “Kangana plays a dark character. Vicky slips into the part of her nemesis. He instantly fell for his role when he read the script. The makers wanted someone who could give a tough fight to Kangana’s character, and Vicky has showcased sufficient range to provide the same.”

Sources suggest that Rajkummar Rao and Ayushmann Khurrana were also approached for the same role, however the makers have finalised Vicky as the male lead.

The makers are expected to make an official announcement about film’s title and the star cast.

Kangana Ranaut is currently busy shooting for her upcoming period film, 'Manikarnika: The Queen of Jhansi'. Kangana has already wrapped up the Hyderabad and Jodhpur schedules of the film and will finish the shoot by the end of next month. The film is expected to release on 27 April, 2018.

On the other hand, Vicky has wrapped up Meghna Gulzar's 'Raazi' with Alia Bhatt, Rajkumar Hirani's Dutt biopic with Ranbir Kapoor and Producer Ronnie Screwvala's 'Uri'.