If not for the protests and vandalism by fringe groups in some states, the film would have fared even better. 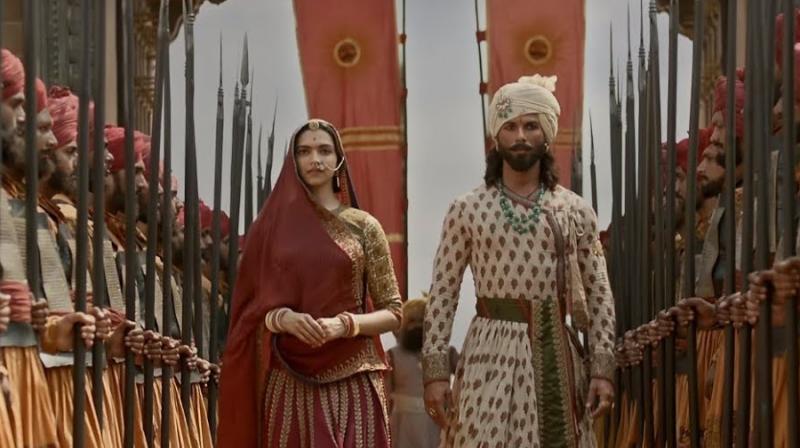 Deepika Padukone and Shahid Kapoor in a still from 'Padmaavat.'

According to Box Office India, the film earned around Rs 30 crores again on Sunday after collecting Rs 5 crores (paid previews) on Wednesday, Rs 19 crores on Thursday, Rs 32 on Friday and Rs 27 crores on Saturday.

The period drama would have easily touched Rs 145 crores if not for protests and vandalism from fringe groups forcing theatre owners in Gujarat, Rajasthan and Madhya Pradesh to give it a no-show, the website claimed.

The film has also received a thunderous response in international markets especially in USA and Canada, taking the highest collections for a Bollywood film in a single day in North America, according to trade analyst Taran Adarsh.

However, the true test of the film’s performance at the box office will begin from the non-holiday phase, starting from Monday, to see if it breaks records by the three Khans- Shah Rukh Khan, Salman Khan and Aamir Khan, at the box office.