Did you know? Chhichhore’s nicknames are inspired by this person's college life

The first poster of the film revealed that there are two eras captured in the movie — one set in college (1992) & the other in present time. 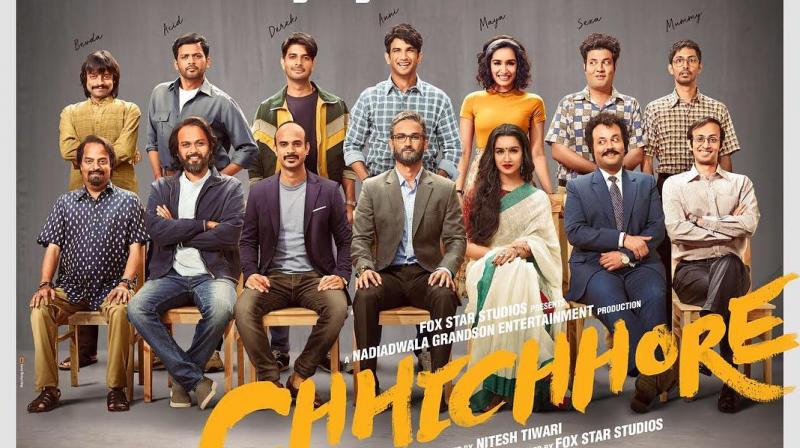 The filmmaker revealed the names and nicknames of all the characters in the ensemble. While one of the characters (Varun Sharma) is called Sexa because he’s always looking to get laid, there’s also one who’s named Acid.

The first poster of the film revealed that there are two eras captured in the movie — one set in college (1992) and the other in present time.

Sharing the reasons of having quirky names, Nitesh Tiwari said, “I have spent four years in hostel and during my IIT days, it used to be a tradition to call out names and tag people. The nicknames that we gave ranged from being conventional to extremely weird depending on peoples’ names and context behind.”

The Director further added, “The names you have seen in the poster originate from my hostel but we have tweaked them to suit the characters. For example, ‘Acid’ is a very angst-ridden guy, ‘Mummy’ is the homesick guy and misses his mother the most. The strange thing is that your so-called roomies will always call you by your nicknames or rather, I still do that. I have my friends from IIT Bombay and their nick names are Guppa, Gucci, Puke, B-Zero, Dard Kumar, Skinny, Bhindi, Danda and many more.”