Proud to be directed by women: Anil Kapoor 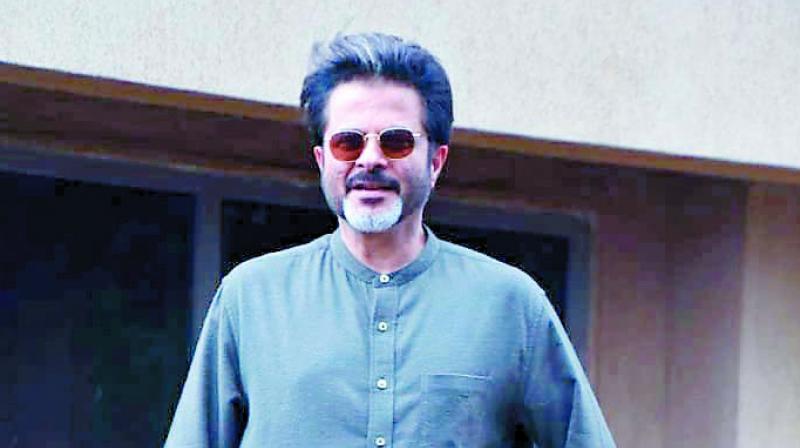 Veteran actor Anil Kapoor, who continues to do some relevant films even at the age of 62, will be hitting the silver screen this Friday with Director Shelly Chopra Dhar’s Ek Ladki Ko Dekha Toh Aisa Laga. This is his second film after Dil Dhadkne Do (directed by Zoya Akhtar) where at the helm is a woman director and the actor says that he loves being directed by women.

“I feel both the films (Dil Dhadkne Do and Ek Ladki Ko Dekha Toh Aisa Laga) had that element of sensitivity. Also, the way woman directors look at the characters... there is something different, which I just can't pinpoint. But I love them instinctively and I am proud to be directed by women,” says Anil.

The film with the tagline - the most unexpected romance of the year - has already generated curiosity among the audience ever since they have released the trailer and hinted at a same-sex love story.

The film also celebrates the bond between a father and daughter and it is for the first time that real-life father-daughter duo Anil Kapoor and Sonam Kapoor would be seen sharing the screen space together.

Talking about the film, Anil says, “It is all about family, love and acceptance. It’s also about certain kind of secrets that we all have and how you accept it. It is about that and it’s much more than tackling with some taboo.”

“I think it will resonate... My instinct is whoever will see the film will be thoroughly entertained and if it moves some people and makes them think then that will be our success. Even if it’s just a few sets of people, I will be more than happy... I couldn’t have asked for a better story to work with Sonam,” he adds.