The actor, who was visiting a club to practice some cricket shots, happily posed with his bat for the shutterbugs. 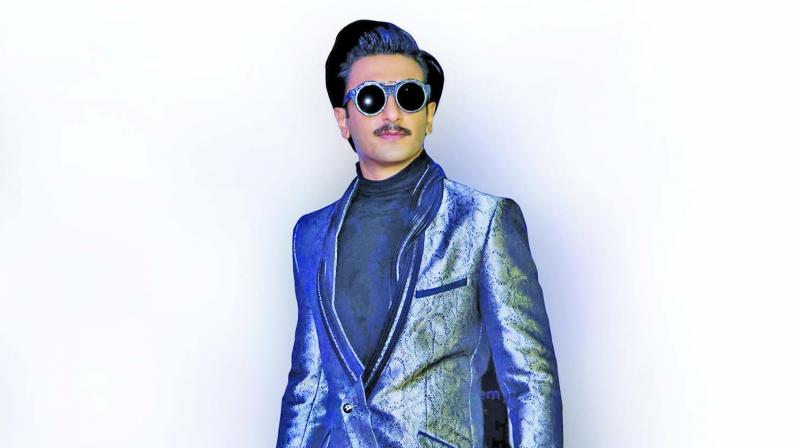 Ranveer Singh knows how to promote his film. While on one hand, he has these outrageous fashion sense that only he can carry off, he sometimes comes out in pure casuals when the media is not looking. But well, there they were.

The actor was on a visit to the Turf Club when he noticed that there were some paparazzi lurking around. “So, Baba (Ranveer) went inside and grabbed a cricket bat, and came out and posed for the shutterbugs and pretended to play some cricketing shots. He is a good sportsperson and was also thrilled that we were enjoying him having fun,” says our lensman.

Ranveer is playing the role of an Indian cricketing all rounder Kapil Dev in the upcoming film directed by Kabir Khan — ’83 based on world cup which will release soon. The actor will also immerse himself very soon in the making of the Karan Johar directed film Takht — the shooting of which starts soon.
—  Sanskriti Media