Entertainment   Bollywood  29 Mar 2019  Kangana has been thankless to all who have helped her: Pahlaj Nihalani
Entertainment, Bollywood

Kangana has been thankless to all who have helped her: Pahlaj Nihalani

Director-producer and former Censor Board chief Pahlaj Nihalani has given a reply to Kangana Ranaut's statement against him. 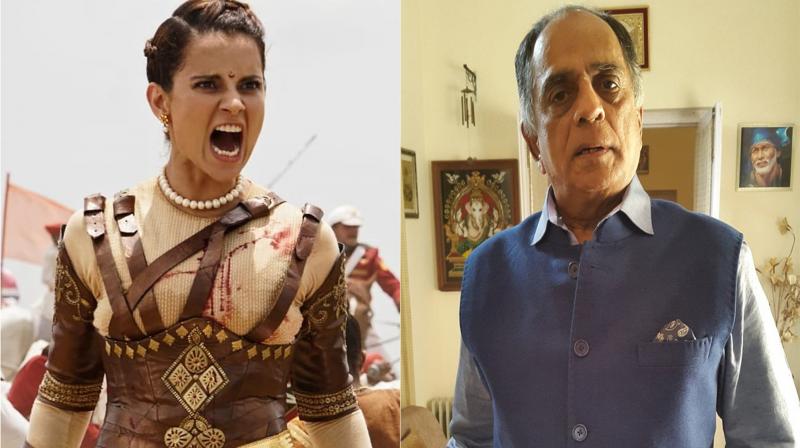 Mumbai: Director-producer and former Censor Board chief Pahlaj Nihalani has recently given a reply to Kangana Ranaut's statement against him. Kangana Ranaut, in an interview with a Mumbai tabloid, had revealed, “The fact that people met and promised to guide, help, but then I was put under house arrest. And then Pahlaj Nihalani had offered me a film called I Love You Boss. They had a photoshoot where they gave me a robe to wear and no undergarments."

"So I just had a satin robe for a show-girl pose, from which I had to stick my leg out, coming out of darkness. They should at least have given some tapes. I was supposed to play a young girl lusting after her middle-aged boss. So it was a soft-porn sort of character. And I had this epiphany that I can't do this. I felt like this is exactly what my parents were talking about," Kangana added.

Pahlaj Nihalani said, "Contrary to what Kangana has said, I take this opportunity of informing you that the actors who I had approached for the character were Amitabh Bachchan, Rishi Kapoor and Shatrughan Sinha. All of them liked the script. Amitabh Bachchanji couldn't do the film due to his busy schedule. Rishi too was unable to match dates for the film. Do you think if the script was semi-porn all these reputed stars would have agreed to do the film? Kangana had been in the industry for almost five years then and she was struggling. However, I gave her the role only on the recommendation of Rikku Rakesh Nath [a well-known star secretary].”

"Kangana had read the script and I signed her for a three-film deal. Kangana had attended all the recordings as well,” he further added.

Talking about the photo-shoot hiccups, Nihalani said, “I was not present at the photoshoot. So I am not aware of what happened before, during or after the shoot was completed. I had spent about Rs 80 lakhs towards publicity even before the launch of the film. The photos were published in a Mumbai tabloid. Only after the filmmakers had seen the publicity and her photos, they started approaching her.”

“She gave me two versions at that point of time. Firstly, she was close to Aditya Pancholi and so gave me a lame excuse saying, ‘Zarina Wahab and Aditya have told me if I do this film my life will be ruined. So you please cast someone else in this role,” Nihalini revealed.

He further said, “After a few days, she came to me and informed that she has received an offer from Mahesh Bhatt and she wanted to do that film. I am of the opinion that if someone does not wish to work in my film wholeheartedly and has got an offer from another banner, why should I deprive her? Hence, I allowed her to do 'Gangster' with the Bhatts."

Lastly, Kangana has accused one and all who have helped her professionally. “I am also a victim of her accusations. I remember an incident when Kangana had issues with her passport since she had signed a film with Sidhwani and she had to go abroad for the shoot. I had come forward to help her. She had filled in her age and address wrongly in the passport form. What more can I say? Kangana has been thankless to all who helped her and I am one of them,” he concluded.