Vinod Khanna: The hero who wanted to be villain

Many in the industry regard him as a warm and thorough gentleman. 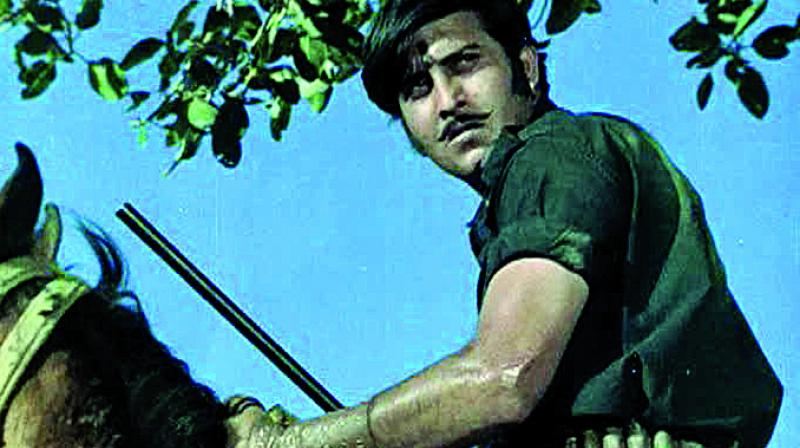 Bollywood today has many good-looking men happy to be the villain, but then, there were few — like Vinod Khanna. One of Vinod’s close friends, Purushottam Das Kochhar, popularly known as Dheeraj Kumar, used to call him ‘Tiger’ because of his flamboyance and often told him to try being the hero. Vinod would tell Dheeraj, “You guys try being the good man. Leave the villain’s job to me.”

Vinod was so obsessed with wanting to be the bad guy that he decided to call himself ‘Pran’, after the greatest villain in Hindi cinema those days.

His debut film, Man Ka Meet, where he played villain, had Sunil Dutt’s brother Som Dutt as the hero. Vinod soon landed a role as the villain in Raj Khosla’s Mera Gaon Mera Desh. Mahesh Bhatt, son of filmmaker Nanabhai Bhatt, was the third assistant and also doubled up as the production manager in the film. Bhatt and Vinod got along well and Vinod later went on to star in Mahesh’s directorial venture Lahoo Ke Do Rang.  Like many, Mahesh wanted him to be a hero. To appease Vinod, he gave him a double role as father and son. According to the plot, the father, Shamsher Singh (played by Vinod) works for Subhash Chandra Bose, and nurtures a relationship with Helen, fathers her child, and runs away to India. He betrays Helen and marries again to have another good son, played by Vinod again, this time a cop who wants to avenge his father’s murder.

Mahesh Bhatt’s brother, Mukesh Bhatt who was a secretary to Smita Patil then, took on the role of Vinod’s secretary as well. Mukesh was constantly upset about the low remuneration he got for Vinod’s work. Known for his temper, Mukesh allegedly slapped Vinod once at a party.

Once Vinod saw Mahesh Bhatt wearing saffron robes after the latter sought salvation with Bhagwan Rajneesh and followed suit. Mahesh, of course, got disillusioned and left when Rajneesh was arrested after a series of sexual escapades in the Osho Ashram created waves in the country. Vinod stayed on and returned later to Bollywood with the film Insaaf.

By that time, Mukesh had taken funds from a Dhanbad-based financer and started his film company Vishesh Films named after his son and produced Kabzaa in 1988. The financer later funded Sadak as well.

Mahesh loved Vinod creatively, while Mukesh hated him financially. So, when Mahesh narrated a script to Mukesh and said that he wanted a middle-aged man to play the lead, suggesting Vinod’s name, Mukesh cringed. But he had to listen to ‘Bhattsaab’. After all, Vinod and Mahesh shared a great bond. Mukesh however, had a tough time because the said film, Jurm, took almost two years in the making and then there was the dubbing issue. Vinod, who had by now gotten used to living a relaxed life, kept them waiting. Mukesh had to finally bribe Mahesh Bhatt by giving him `500 to buy novels and to convince Vinod to dub and finish the film. The bribery worked.

I met Vinod after he became an MP and a minister in the Vajpayee Cabinet. He was then the minister of culture and tourism. He was later elevated to minister of state of external affairs because of his dashing personality, knowledge and his vocabulary as well. He even got Hema Malini, who became the BJP MP from Mathura, to join politics.

At that time, Vinod was shooting for Raveena Tandon’s film production Pehchaan. Responding to my query on what brought him back to films, he said with an honest smile, “I have a salary of `14,000 from the government. I cannot live the kind of lifestyle I want, with that kind of money. I need to work in films.”

Four years ago, when a director friend wanted to cast Vinod in a leading role in a film he was making, I accompanied him to the actor’s sprawling apartment, kissing the Hanging Gardens at Malabar Hill.

Vinod not just exchanged pleasantries and treated us well, but got us introduced to his son Sakshi and his pet as well. He loved the role too. But what he did not love was the remuneration offered. He needed good money for his time. He valued his time and wanted to be paid well for it too. Later, when he was shooting for Hema Malini’s film production Tell Me, O Khuda, he wanted to be paid well and his time utilised properly. One such day at the shoot, the director Mayur Puri made him wait the entire day without taking a single shot. Vinod was upset. Hema Malini was outraged. Mayur Puri lost his job and Hema became the director.

Looks like Vinod remained a villain for the likes of Mukesh Bhatt and Mayur Puri!