The actor who has been hailed for his dancing skills, has finally revealed his personal dance numbers. 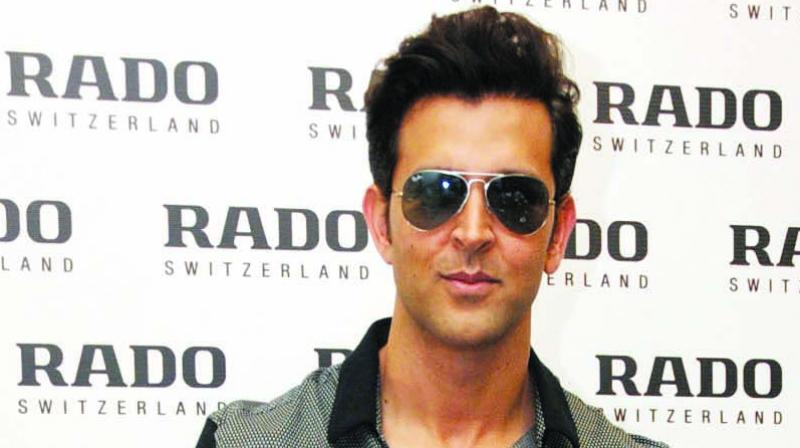 Mumbai: Superstar Hrithik Roshan who has been hailed for his dancing skills, ever since his debut film released, has finally revealed his personal dance numbers.

Speaking about how important dance has been in Hrithik's life, the actor expressed, "I feel dance is a very powerful medium to draw people towards physical fitness. There was a time in my life when the doctors had told me that I will never be able to dance again. I danced my way through that phase, too (smiles). Dancing is a great way to stay fit. It helps you burn calories, strengthen muscles, increase flexibility, and also keeps one upbeat and happy. I have also introduced my mom and kids to it and they love it."

Hrithik Roshan, also spoke about his icon's from whom he has sought inspiration and said, "I have always been a huge fan of Michael Jackson, Shammi Kapoor and Govinda. Each of their dancing styles is different from the other. I have grown up imitating their styles in front of the mirror.

If you had the choice to do a dance-off with any person living or dead, who would it be? Maybe not a dance-off, but I would have loved to share the stage with the legendary Michael Jackson. I have been a huge fan of his since childhood and he is the reason I started dancing."

Hrithik Roshan who has earlier delivered stellar performances essaying varied characters across genres has yet again given the testimony of his versatility.

The posters of the film added to the excitement of Super 30 as Hrithik Roshan posed with 30 kids who play his students.

Releasing on 26th July 2019, Hrithik Roshan's upcoming next is one of the most awaited films of the year.