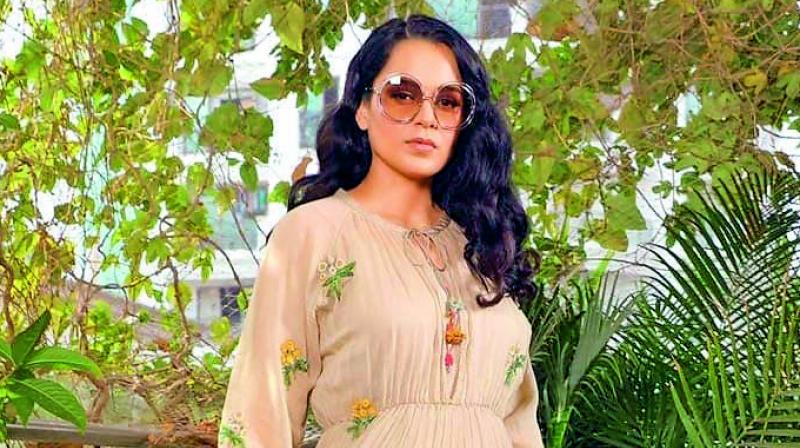 Kangana Ranaut made her Bollywood debut 14 years ago with Anurag Basu’s Gangster, and she had captured the interest of the audience immediately.

After the film received rave reviews, there was no looking back for Kangana and she has only grown from strength to strength since, to become one of the most acclaimed and popular actors today.

It is a known fact that Kangana made it on her own and faced a lot of hardships.

She started acting at the age of 17 and her debut film released when she was 18. However, very few are aware of how she dealt with logistics even after her debut film.

On the 14th anniversary of her debut, the actress revealed that while she won an Award for Best Actress for the 2006 film, she didn’t have finances to travel to Singapore to collect her award and a friend collected it on her behalf.

“I had no idea that I was nominated. When the team was leaving for the event, they asked me about my travel plans. I had no idea how to go to Singapore, where to stay, and I was too embarrassed to even ask my crew about ticket prices. So I missed that opportunity. When I won, Bobby Singh  DOP of Gangster and Queen who is sadly no more, called and said he is getting my trophy. I was thrilled and it’s one of my fondest memories,” smiles the Panga actress, who has made a mark not just as an actor, but also a writer and a filmmaker.

Her directorial debut Manikarnika went on to become one of the highest-grossing female-led films.

The film also received rave reviews and did excellent business worldwide, and was one the few Indian films to release in Japan, where it also broke box office records. Kangana was recently conferred the Padma Shri Award by the government of India.

Meanwhile, she will be seen next in Thalaivi, which is based on former Tamil Nadu chief minister, Jayalalithaa. She also has the mega-actioner Dhaakad and Tejas in the works, where she will play the role of an Air Force pilot.