Entertainment   Bollywood  29 May 2017  I would rather play a Bhiku Mhatre than Satya, says Rajkummar Rao
Entertainment, Bollywood

I would rather play a Bhiku Mhatre than Satya, says Rajkummar Rao

The actor reveals that he went on doing what he does best — act. 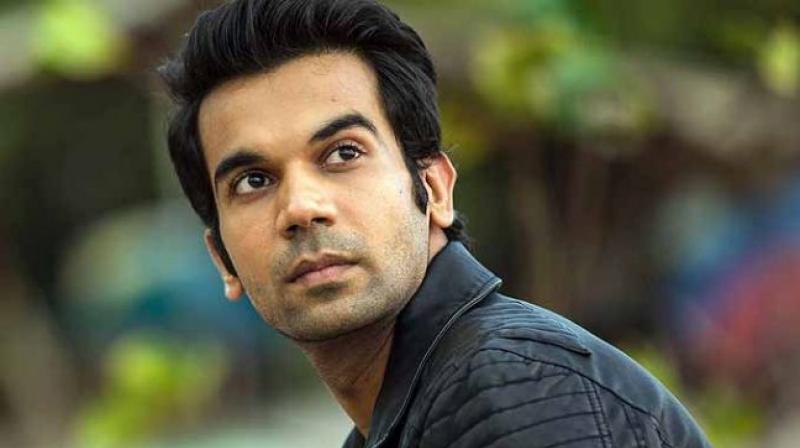 Rajkummar Rao has no industry connections. He is not a star kid. But his passion for movies drove him, right from his school days to his stint at FTII, fetching him the coveted National Award for Best Actor for Shahid.  The actor was last seen in the unanimously acclaimed Trapped, a film that was ironically snubbed at the 2016 national award forum. (Though Trapped released in 2017, it was submitted as an eligible entry, having been made in 2016) Rajkummar was self-admittedly dejected. He didn’t let it get to his head. The actor reveals that he went on doing what he does best — act.

As he dropped by for a chat at The Asian Age office, the actor spoke about his upcoming release Behen Hogi Teri, Hansal Mehta and his influences.

You started off doing films that would conventionally be graded as art house cinema. You would later venture into typical Bollywood fares like a Dolly Ki Doli. Your upcoming films range from the quirky Newton and Omerta to the out-and-out commercial, Behen Hogi Teri. Is the balance in genres conscious?
As an actor, I don’t want to limit myself to any one particular genre. So I try and do every kind of film. I read all my scripts and don’t compartmentalise them into brackets of commercial or art-house. No one writes songs while scripting a film; it’s only when you add songs that it becomes a commercial film.

You’ve done supporting roles in the past but most of your upcoming films are lead roles. Would you be willing to play second fiddle now that you’re recognised as a lead actor?
Of course! But it all depends on the script. The role has to excite me as an actor. If someone comes to me with the script of Satya, I would rather play a Bhiku Mhatre than a Satya. It doesn’t have to be the best part in the script, but there should be enough meat in it so I can try and make it the best character in the film eventually.

This is the first time you are working with Shruti Haasan. Have you ever looked up to Kamal Haasan as an actor during your evolving years? Are there any characters of his that you like?
She was very cooperative as an actress and extremely gorgeous. We fed off each other’s energies. As for Kamal Haasan, he has always been an inspiration, being the legend that he is. Have loved and admired his performances in films like Appu Raja and Hey Ram.

You have worked with Hansal Mehta in films like Shahid, Aligarh and CityLights. What’s your relationship with Hansal like?
I feel very fortunate that I have him in my life. He is like a friend now. His is a voice that needs to be heard. The films he makes, be it a Shahid or an Aligarh, speak for themselves.