I have made sure that my daughters are well-informed about classic films from India and abroad. 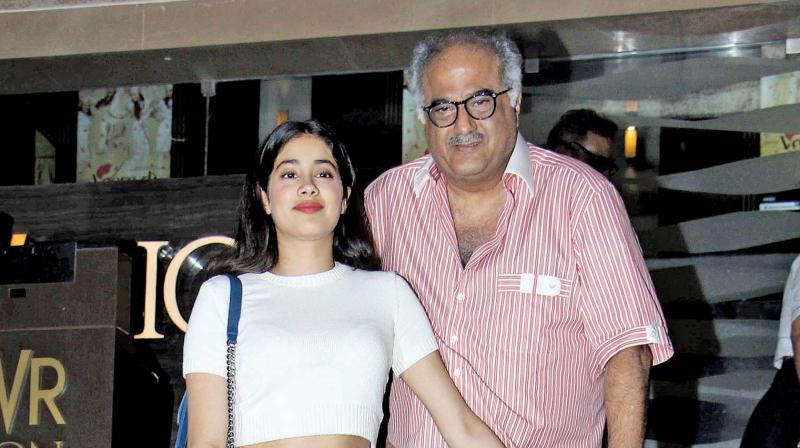 Proud father Boney Kapoor can hardly contain his excitement as daughter Janhvi prepares for an early release of her debut film Dhadak.

Proud father Boney Kapoor can hardly contain his excitement as daughter Janhvi prepares for an early release of her debut film Dhadak.

“I am especially proud of the fact that my daughter hasn’t copied her mother (actress Sridevi). Even though she hero-worships Sri, Janhvi has chosen to follow her own style of acting. In fact, just before we left for Dubai (where Sridevi passed away) we saw rushes of Dhadak, and Sri was relieved to see that Janhvi was not influenced by her in terms of acting style,” Boney says.

Having grown up in the film business, Janhvi has been exposed to the works of a plethora of legendary actresses.

“I have made sure that my daughters are well-informed about classic films from India and abroad. Janhvi is clued into the works of the best actors and the best cinema from the world over. She can talk about the films of Nutan, Meena Kumari, Nargis, Waheeda Rehman and Sridevi. Janhvi recently did an interview for a Hindi television channel, and the interviewer was bowled over by her knowledge of cinema. He thought she was just dropping names, but she actually knows what she’s talking about,” Boney adds, beaming.

Sridevi has won all the awards this season for her performance in the film Mom. An emotional Boney says, “I wish this had happened in her presence.”