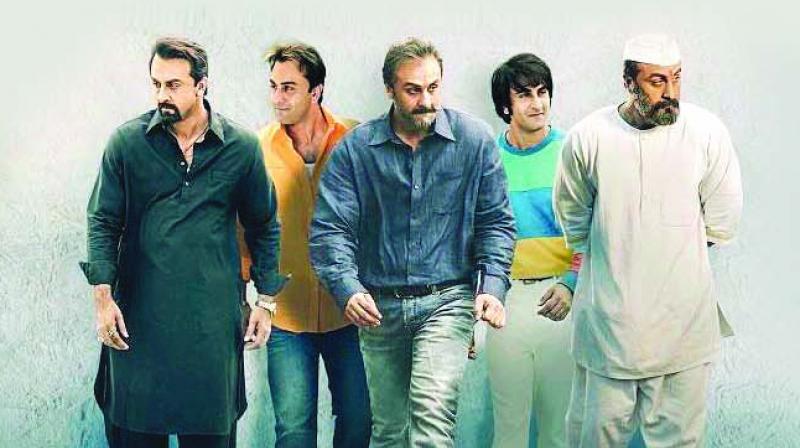 The first film to abide by that rule has been Rajkumar Hirani’s Sanju.

It’s almost been a tradition for Bollywood films to be released in Dubai and the UAE a day before their Friday release in India. With Friday being dedicated to prayer in Islamic countries, new releases usually hit theatres on Thursday.

But it may be time for that to change. The Mumbai film industry is on the verge of promulgating a new release policy whereby Hindi films will no longer open in the Gulf countries on the Thursday before their Indian release.

The first film to abide by that rule has been Rajkumar Hirani’s Sanju. A source close to the development explains, “The decision not to allow Hindi films to release in the Gulf on the Thursday before their release in India is not binding at the moment. But producers are seriously considering putting an end to the tradition, as it leads to rampant piracy even before the film’s release.”

Producer Pahlaj Nihalani, the former chairperson of the Central Board of Film Certification, says that the decision to put an end to advance releases makes sense. “Most piracy and illegal streaming take place outside India. Recently a man was caught live-streaming Rajinikanth’s Kaala from Dubai. I think it is a wise decision to stop the Thursday-release of Hindi films in the UAE, Singapore and Malaysia,” he says.

Trade analyst Atul Mohan agrees, saying, “Yes, considering the risks involved it’s a good idea. However, I think it should be the filmmakers’ call. If a film is good, then word-of-mouth publicity can start coming in a day before its release in India, which can be beneficial. But if a film is bad, then bad reviews will start spreading quickly.”

However, trade analyst Girish Johar begs to differ. He thinks it’s imprudent to shift the release date in the Gulf countries. “Thursday in the UAE is like a Saturday in India – business is generally higher than it is on other days. All big films have performed extremely well in the past, even if they have been released in the Gulf on Thursday. By opting for a Friday release, we will lose some percentage of the business. A decision to shift to a Friday release has to be a conscious and well-planned one. Audiences have to be introduced to and get accustomed to the change in the pattern of movie consumption to minimise losses,” he says.