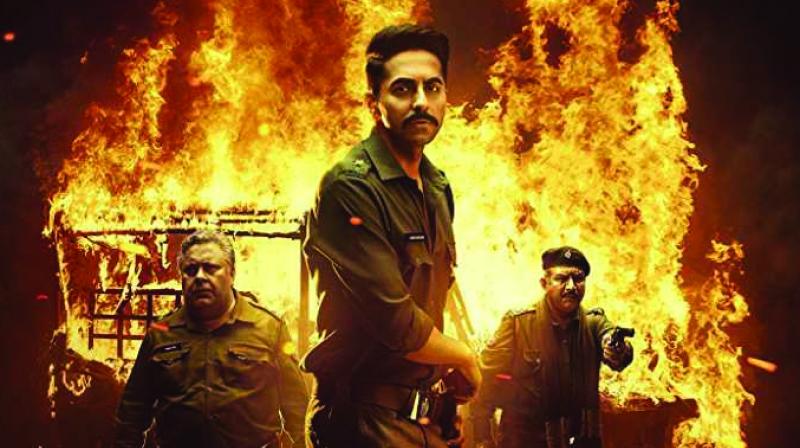 Mumbai: Ayushmann Khurrana starrer Article 15 hit the theatres on this Friday. However, the film had faced a lot of trouble for allegedly portraying the Brahmin community in a bad light.

As per transcribed by Times Now, the Hindi public notice reads, "I, Pankaj Joshi, National President, Antarrashtriya Brahmin Mahasangh Bharat, watched the first day, the first show of Article 15 in Trident Mall, Jaipur because the film delved into controversy even before its release on account of its trailer.

The Brahmin community has been portrayed as 'rapist' and 'criminal' in a negative light because of which we also staged protests. However, after watching the film, it seems like nothing of that sorts. Not a single word has been said in the movie due to which it seems as though the community is being defamed. The trailer of the film, however, was made via the makers in such a manner that Brahmins were showcased as criminals. This was just a 'publicity stunt' therefore Article 15 is hereby provided with a green signal.

The protest against Article 15 film by Antarrashtriya Brahmin Mahasangh would have been incomplete if it weren't for Rashtriya Rajput Karni Sena. U would like to wholeheartedly thank Supremo Sukhdev Singh, State co-ordinator Daulat Singh and Youth president Surjeet Singh Rathour, who selflessly supported us. I also promise wherever my support would be required, I would stand by you with my community. All Hail Lord Parashuram."