The niche screenwriter has always been hailed by her fans for delivering content across platforms-movies and OTT. 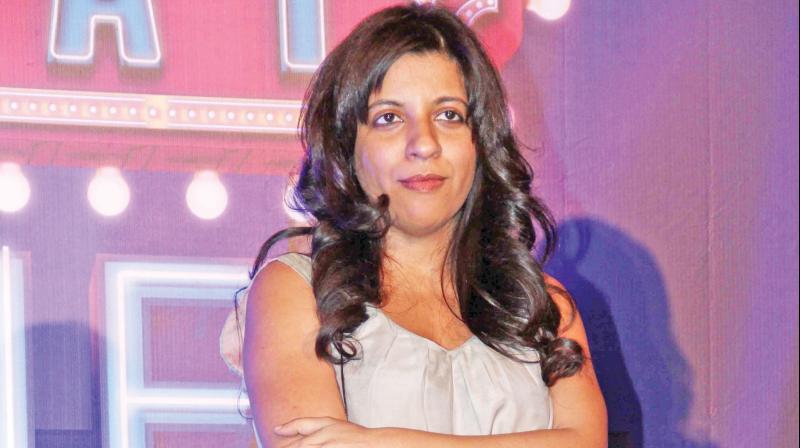 Mumbai: Bollywood leading filmmaker Zoya Akhtar who has brought the Indian rap culture into the limelight with her recent movie, Gully Boy is delighted with the fact her movie would be screened in the Indian Film Festival Of Melbourne, 2019 at Australia.

Talking about the same she shares, “It’s always great to see Indian cinema travelling and transcending across borders. As a filmmaker, it’s a very rewarding experience and more than that, it’s extremely thrilling to see a celebration of Indian films. I’m ecstatic to be invited and to be a part of IFFM 2019 in Melbourne, which is a melting pot of cultures. There’s a huge Indian community in Australia and I’m looking forward to taking Gully Boy there for a special screening and extending a discussion on cinema with Australian audiences”.

Zoya definitely deserves this honour as she has always been ahead of her times while putting her impactful thoughts and opinions into a picture, which has stunned all her fans every single time. The niche screenwriter has always been hailed by her fans for delivering content across platforms-movies and OTT.

Zoya's Gully Boy has been screened in the Berlin Film Festival even before its release in India which is proof that the celebrity is a worldwide celebrated screenwriter.

The director’s ability to articulate movies from any story with perfection does ensure that the director attains success with a Midas Touch.

Inspired by the rappers of Dharavi, the director brought the unseen rap and hip culture of this area into the limelight and this exposure ensured that the unheard and talented voices from Dharavi could be seen and heard. This turned into a big leap for underground music and rappers who got worldwide acknowledged.

After watching the web series, each and every fan of the Director desires to have their wedding with the same grandeur as picturized in the web series. At the same time, the Director also aced in presenting the ugly truths which are present in Indian Weddings.

With her films ranging from Luck By Chance, Zindagi Na Milegi Dobara, Dil Dhadakne Do and Gully Boy, all of which have roared in theatres. The director’s latest film, Gully Boy and web series Lust Stories and Made In Heaven had raked humongous appreciation from across quarters.

Over the years, Zoya Akhtar is known to treat the audience with strong,  character-driven films that have rocked the box office along, receiving critical acclaims.

With a journey of four feature films, two short films, and one web series, Zoya Akhtar is one of the leading filmmakers who has carved her niche into the entertainment industry.