The song is a motivational song which teaches you that no language can decide your calibre. 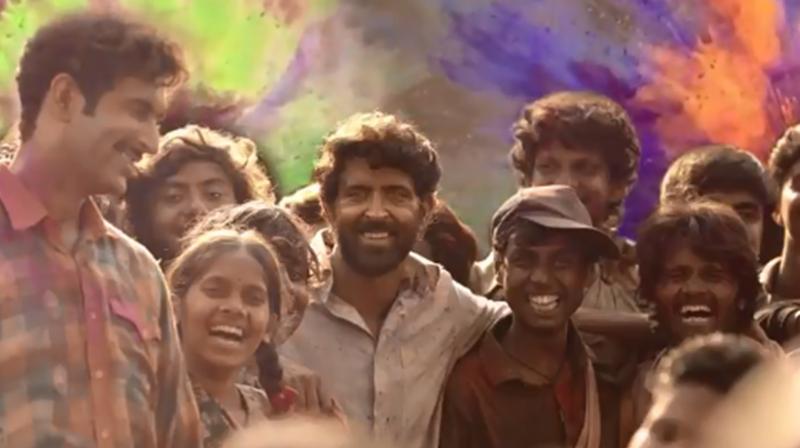 Mumbai: After the romantic and quirky number from Sper 30, Hrithik Roshan released the new song 'Basanti No Dance' with the backdrop of the festival of Holi. The song is a motivational song which teaches you that no language can decide your calibre.

The song showcases the students performing skit over tackling the language barrier and rise above all. Students are seen dancing on the festive occasion of Holi while their mentor Hrithik Roshan joins them in the celebration!

Basanti No Dance will get you nostalgic to the iconic dialogue with a twist embedded. Hrithik Roshan who is known for his stunning dance and is popularly hailed as the dance icon of the country will be seen yet again in a new avatar.

Essaying the role of real-life teacher Anand Kumar in Super 30, Hrithik Roshan has been receiving appreciation from all across for capturing the gestures with utmost perfection which even, Anand Kumar himself commended Hrithik for imbibing his soul in his character.

Super 30, a story of the triumph of spirit, Hrithik will be reprising the role of a Mathematician, Anand Kumar who trains students for IIT-JEE in Bihar.