The ‘Queen’ actress was not aware of her ‘Fashion’ co-star reportedly taking forward her relationship with Nick Jonas. 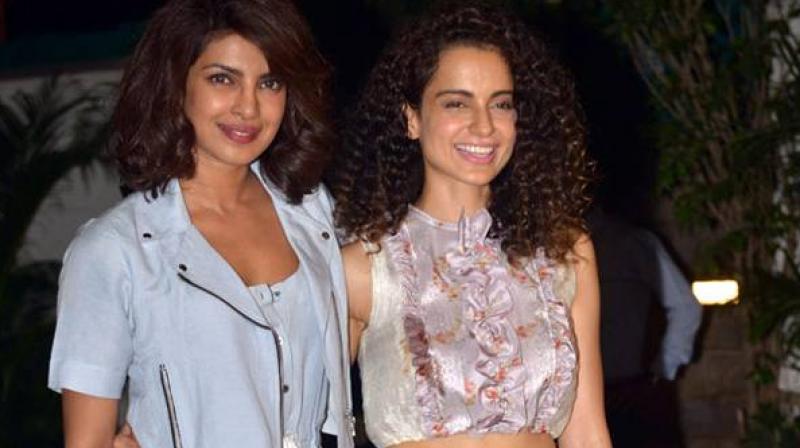 Priyanka Chopra and Kangana Ranaut have not worked together in the last decade.

Mumbai: News of Priyanka Chopra’s engagement should have been unanimously greeted with cheer, but that has clearly not been the case.

On one hand, the team of Bharat’, a film she backed out of for the new step in her life, is unhappy about leaving them in the lurch, on the other hand, she has also left her good friend unhappy.

At a recent event, Kangana was asked about Peecee’s engagement with Nick Jonas, she was quoted as saying, “Acha? Woh meri bahut achi dosh hain, unhone mujhe nahi bataya toh phir main khafaa hun. (Really? She is a close friend of mine and I am upset now that she didn’t tell me about it.)”

Priyanka and Kangana Ranaut became friends while collaborating on Madhur Bandarkar’s ‘Fashion’, a film which was a turning point in the lives of both the actresses.

The latter’s career might have set off from then a ‘supporting’ to ‘solo lead’ actress today, but that has not made a dent in their friendship.

When Priyanka landed in Mumbai last year to promote ‘Baywatch’, Kangana was one of the guests at the bash the former held.

Kangana and Peecee partied together after the former won the Best Actress National Award for ‘Queen’ and the latter’s ‘Mary Kom’ was adjudged for Best Popular Film Providing Wholesome Entertainment.

In fact, Kangana had also called Priyanka and cleared the air after she was quoted as saying that she deserved the awards the latter bagged at other award shows.

Do we see Peecee picking up the phone to clarify the reason for not informing Kangana about her engagement this time?