Get off the set? Absurd unlock rule affects the likes of Amitabh, Kabir Bedi etc 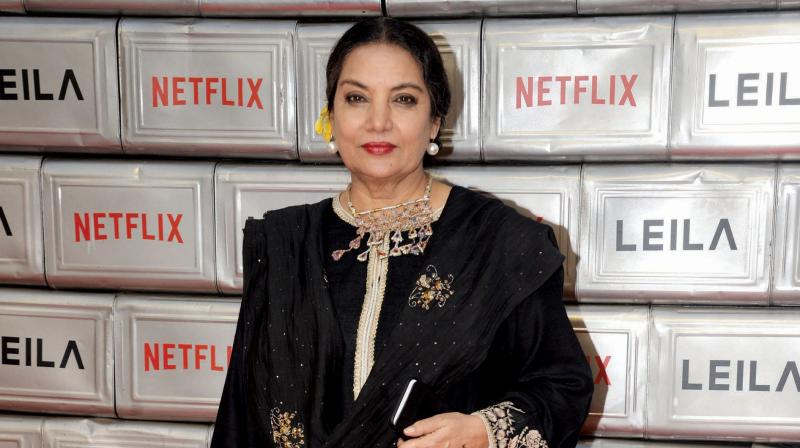 After over four months of a complete lockdown, a partial easing has brought some relief in Mumbai. Quite like other industries, the film and TV industries too have resumed shooting from July 1.

However, as per the Maharashtra government’s guidelines, no cast and crew member above the age of 65 years is allowed on the sets.

This is a blow to film workers above that age. It has triggered a fresh debate about the potential financial crisis many actors would face because of the ruling.
“Kyun Bhai? Other states are happily allowing actors over 65 to shoot. So why shouldn’t Maharashtra waive off this directive from the Home Ministry? (sic.),” wrote Shabana Azmi, who has several projects lined up to shoot and some pending ones to complete.

Several actors have called the rule absurd. Actor Kabir Bedi, 74, says point blank, “I think it’s an individual choice; I guess senior adults can make the decisions by themselves. Young or old age is no factor if health permits and the choice to work should be an individual’s rather than the state’s.”

Actor Rakesh Bedi, who is 65, also calls the rule absurd. “Since the lockdown, the government has come out with many illogical rules, and this is one of them. If an actor is fit, then nothing should stop him from working. The rule should be revoked. If a politician above 65 years is working, then an actor of that age or over should also be allowed to work. At least the actor will go and sit in his room after his shot, unlike politicians who go out into the public.”

Another actress over 65 years of age, who condemned the directive, is 71-year-old actress and MP, Hema Malini. She has even written a letter to home secretary Ajay Kumar Bhalla requesting an amendment of the directive.

In the letter she requests that actors above 65 should be allowed on the set. Indian Motion Pictures Producers Association (IMPPA) has approached the High Court against the Maharashtra government’s guidelines stating that the ruling is detrimental to many people in the industry.

Not allowing senior actors and crew on sets is concerning, for not every senior actor or unit member is well placed enough to battle these difficult times, and most of them need to work for financial reasons.

For instance, Badhaai Ho actress Surekha Sikri is a single-earning member in the family. The 75-year-old National-Award winning actress had suffered a stroke last year, from which she is currently recovering.

However, keeping up with bills that go up to `2 lakh per week and the salaries of six staff members including a full time nurse leaves her in a rather vulnerable position if she wouldn’t be allowed back on sets because of a governmental directive.

“The government makes the rules without considering anyone. They are imposing this rule on seasonal actors,” articulates Surekha, agreeing with Rakesh Bedi’s opinion on the age. “When politicians and bureaucrats who are above 65 are working, then why not actors?”

Surekha further points out how the rule is preventing her from supporting her family. “It is a violation of my right to work. I am disappointed. I am not asking for money but work and if I am getting the work, then the government should not stop me if I prove I am fit to work,” she adds.

Another veteran actor, Govind Namdev, also points out that while the safety of a senior artist is important, bringing food to the table for the family is just as much too. “Though it is for the safety of senior artistes, it is imperative that their kitchen be taken care of,” says the Satya actor. “Some artistes are bankrupt and facing serious problems in even feeding their family. They should be allowed to work if they are absolutely fit and have no physical issues.”

While actors continue to debate over the issue, pulmonologist and chest physician Dr Amit Gawande looks closer at the present COVID-19 situation and explains why it is not recommended for the people above the age of 65 years to go out to work.

“Whatever your age is, the risk of getting the virus is the same but the severity is higher for those above 65 years. A healthy 65-year-old person may come out well after the treatment, but another person of the same age with some underlying health issues might not come back easily and it could get complicated for that person sometimes causing multiple-organ damage, which is a big problem,” explains Dr Amit Gawande, suggesting that those above 65 years, especially males, should stay home as much as possible.

Adding to the above, the doctor explains people at this age have low immunity and yet can easily catch the virus from a perfectly healthy looking person.

“Ideally, they should not go to work, but if still they want to continue, they need to take extra care and just like every medical professional working close to Covid-19 wards, they should also ensure to get themselves checked every 15 days,” recommends the doctor.