Bose's next "The Sky is Pink" stars Priyanka Chopra and Farhan Akhtar in the lead. 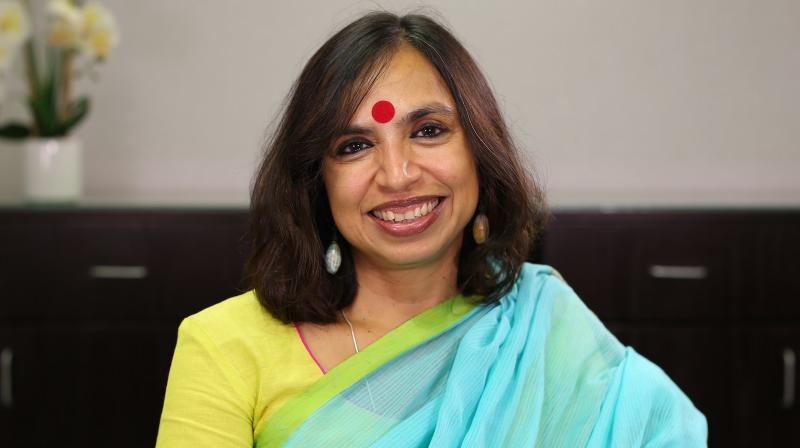 Mumbai: Shonali Bose's next "The Sky is Pink" may have Priyanka Chopra and Farhan Akhtar in the lead, but the director believes it is still tough to make small film in a star-dominated industry.

The 53-year-old filmmaker said there are better chances of her film drawing the audience's attention with top actors headlining it.

"It is unfortunate (that the industry is) driven by star system. I do wish that was not the case. Bollywood is still star driven even for one to get backing on the script.

"It is difficult to make smaller films. Like in case of 'Amu' and 'Margarita, With A Straw' you do not get backing by big studios as stars are not playing roles," she told PTI in an interview.

Asked if it is essential to be regarded as commercial director, Shonali said numbers matter but she has not let that affect her personally.

However, the National Award-winning director said, "I always set out for failure and it doesn't matter if the film doesn't succeed at the box office. I have to be true to my voice and vision. I will not compromise on that.

"Of course, it is fantastic if you are true to your vision and the film does well. This will help you make the film you want and bring change in the society. Since I want to bring change, my films should be seen by more people and it would be good to have those numbers."

She said she chose big names for "The Sky is Pink" as the script demanded it.

"Priyanka was always my first choice. She suits the character really well. The film is based on a true story. The script was first picked by producer Siddharth Roy Kapur and he was on the same page as me as far the casting went," Shonali said.

As per reports, the film is based on the life of motivational speaker Aisha Chaudhary, who was diagnosed with pulmonary fibrosis. The director clarifies the film is a love story of Aisha's parents and is not based on her.

"Pulmonary fibrosis is a part of the film. It is a true story and it is the journey of how you deal with it," she added.

Unlike her previous films "Amu" and "Margarita..." the film is not written by Shonali. This time "October" writer Juhi Chaturvedi has penned the story.

The film is set to release in February next year.

"'Amu' and 'Margarita...' were very difficult to get made. But this film has fallen into my hands easy and the script was loved immediately by the team. It was a cakewalk.

"The first film dealt with genocide, the second was about the gay and disabled and in this one, there is death but it is more mainstream in its story. That's why I feel it is easy," she added.

Shonali said Hindi cinema has become more receptive towards stories with female protagonists. Citing the example "Stree", the director said she was surprised how beautifully the message of feminism was woven in the film.

"It is not that the film was trying to pick up or talk about an issue. But it was fantastically feminist because it clearly said if the ghost is Stree, she takes permission and it is fantastic. It made a point of 'no means no' in a very subtle way. I was delighted to see this," she said.

After her directorial debut with in 2005, Shonali co-wrote and co-produced 2012's "Chittagong", a film by her former husband Bedabrata Pain.

Her next directorial release was the 2015 critically-acclaimed "Margarita With A Straw" about a young Indian woman with cerebral palsy who falls in love with a blind girl.

Talking about the long gaps between her films, Shonali said she usually takes three-odd years to write, direct and produce.

"Maybe now I will not take that much time as I might not produce my films. My next 'The Sky Is Pink' is going at rapid speed, Priyanka said 'yes' to it in January and we are finishing it now.