The Farhad Samji directorial film revolves around the theme of reincarnation and follows a non-linear narrative. 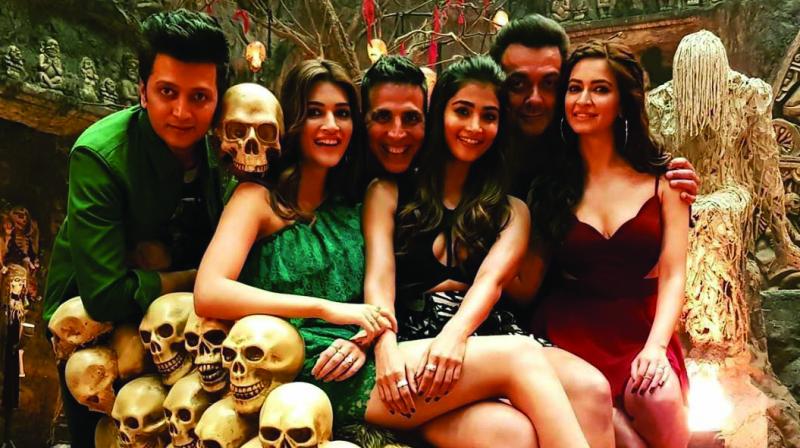 New Delhi: After witnessing a good pre-Diwali response, 'Housefull 4' seems to continue to impress fans with its comedy as the film managed to rake in Rs 87.78 crores in four days of its release.

The film which witnessed a heroic start at the box office minted Rs. 19.08 crores on the first day of the release. Due to the festivity, the film received a great push in terms of numbers. But, the numbers took a dip in the festive eve and recorded Rs 18.81 crores on Saturday, Rs 15.33 crores on Sunday and Rs 34.56 crores on Monday, bringing the total to Rs 87.78 crores.

The multi-starrer film which is based on the concept of reincarnation comedy leaves no stone unturned to tickle your funny bone with slapstick comedy and one-liners. The Farhad Samji directorial film revolves around the theme of reincarnation and follows a non-linear narrative. The flick had hit the screens on October 25.