Watch: Aamir proves why he's a perfectionist with his fat-to-fit story for Dangal

The thought of quitting and uncertainty about his goal came into his mind several times during the journey. 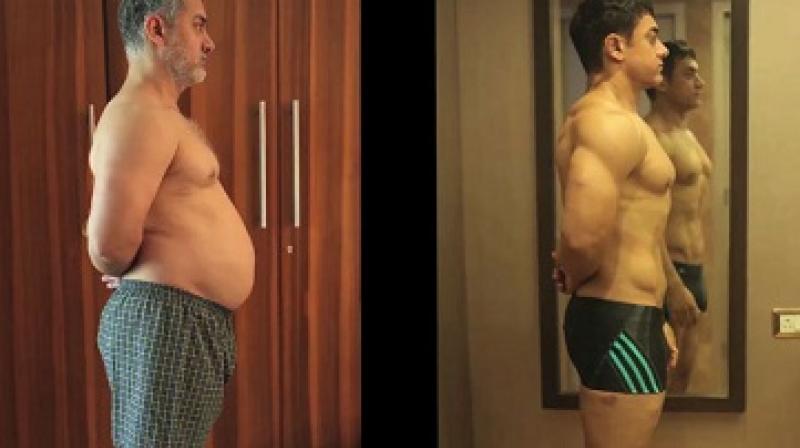 Aamir also set off to USA for the weight loss process.

Mumbai: Aamir Khan is one of the few actors who is extremely choosy about his roles and that is the reason he often does just one film in one or two years.

It is also for a reason that he has earned the ‘perfectionist’ tag since so many years. The superstar is known for getting into the skin of his characters and he once again justifies the tag with a magical transformation for the role of Mahavir Singh Phogat for his film 'Dangal'.

In the video, the whole transformation of Aamir's weight loss have been brilliantly depicted. Aamir talks about how he was advised to start the shooting with the leaner part and then shoot for the overweight part, but he instead suggested that they start with the overweight part as the incomplete shoot would then serve as a motivation for him to lose weight for the remainder of the shoot.

The gym sessions of Aamir are shown in the video, with the thought of quitting and uncertainty about his task coming into his mind several times. However, the superstar trained himself beautifully to lose all the extra weight in the span of five months. Mahesh Bhatt's son Rahul Bhatt is one of the trainers helping Aamir in his goal, with the director Nitesh Tiwari also lauding his actor's dedication.

‘Dangal’ is releasing on December 23.