Ranveer Singh is turning out to be the man of all our dreams and the doting husband we thought he would be. 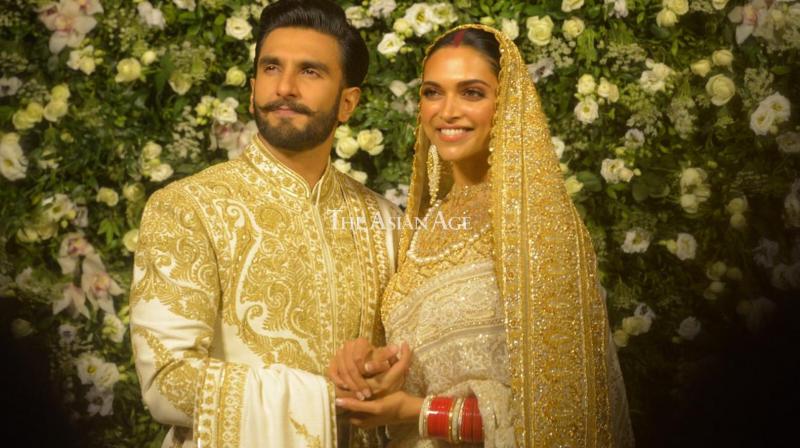 Ranveer Singh and Deepika Padukone, days after their Bangalore reception, once again looked royal at their Mumbai wedding reception.

New Delhi: Ranveer Singh is turning out to be the man of all our dreams and the doting husband that we thought he would be, as for him, nothing else matters apart from his dear wife Deepika Padukone's happiness.

Deepika and Ranveer, who recently got married in Italy, have hardly spoken about their relationship or their feelings for each other. And now, in an interview with a leading magazine, the new groom in town has revealed that merely six months into the relationship, he knew she was the one.

"I nurtured the relationship accordingly. It's been six years now. She's too good, too lovely. She's a force of nature. I understood that almost immediately," he added.

After being together for six years, the star couple tied the knot in Italy in a traditional Konkani ceremony on November 14, while a Sindhi wedding was organised on November 15, both of which were attended by close-knit relatives of the two actors.

When asked about the reason behind the couple's decision of getting married at the picturesque Lake Como, the 'Simmba' star simply stated that his ladylove DP's wish was his command.

"That's the first step in being the husband of the millennium. Whatever her vision of getting married, I wanted her to realise it. Whatever she wanted, it was done exactly in that manner. She deserves every bit of it. I too deserve happiness and my happiness comes from her happiness. It's that simple," gushed Ranveer.

The 33-year-old also spoke about deciding to take the plunge amid the couple's work commitments.

DeepVeer (as they are lovingly called by their fans) met and fell in love while shooting for their first film together, 'Goliyon Ki Raasleela... Ram Leela' and have since been shelling out couple goals.