Kangana Ranaut claims Manikarnika is not her first film as director 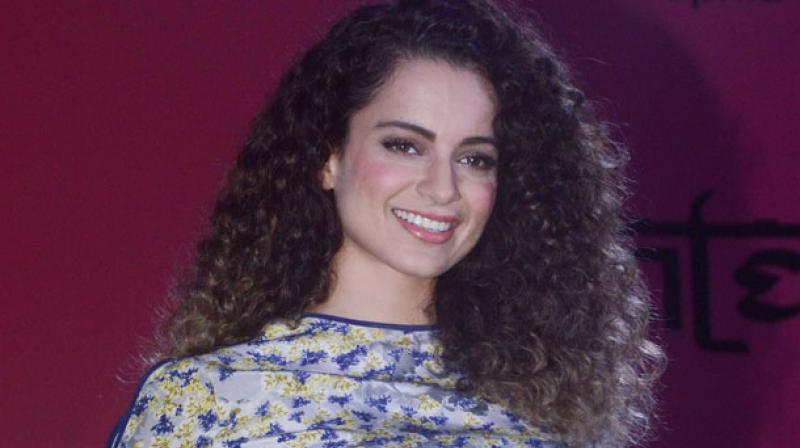 Mumbai: Kangana Ranaut, who is presently busy in shooting for Ashwiny Iyer Tiwary's sports drama film "Panga" in Bhopal, had recently flown down in Mumbai for 2 days taking out time from her Panga shoot to supervise and monitor the post production of her upcoming biopic film "Manikarnika: The Queen of Jhansi".

When asked if overseeing and looking after editing process of the film is a first time for her and was it a challenging experience for her to take over the direction reigns, Kangana said, "This is not my first experience as far as supervising the edit or even directing a film is concerned. I was 23 or 24, when I directed my first film. It was a 10 minute short film that I had shot with an international crew. Also at that time, I was struggling with small roles in films like Double Dhamaal (2011). So I've been a director since then. Be it direction, writing or editing, I've already done it in the past".

The actress further continued saying that, "If Manikarnika was my first experience (as a director), I'd have been a deer in headlights, because there's so much to do. My skills as a director and performer have sharpened since I directed a short film. I absolutely love directing and sitting on a film's edit because it is another level of involvement. I have written for films officially and maybe it wasn't a solo endeavour, but that also makes me a bonafide writer. I have studied film writing in one of the best institutes in the world. So 'I want to be a director' is an inappropriate thing to say because I am a director".

Kangana also spoke in length about the fact that while she's acting in one film simultaneously she's actively working and participating in the edit of other, and by doing so she isn't breaking any new ground or trying to be different and unique.

Kangana mentioned, "It's not about breaking new ground. When I was 23 or 24, I was collecting money for going to the US to learn film making, because some of the best films in world are made there. I had the humility at that time to venture into film making. When I wasn't getting good work as an actor, I also understood that being an artiste doesn't mean doing only one thing. I decided to learn something new. You have to relentlessly pursue what you want to do".

Quizzing her on whether she's completely involved and invested in Manikarnika to a huge extent, as it is pivotal and important for her that the film strikes a right chord motivating and encouraging many other leading ladies to lead the epic drama or films on their own accord and she adds, "Every film that I do is important to me because I've committed myself to it. I have taken money and assured absolute involvement to the team. But Manikarnika has demanded a lot more of my attention than I intended to give it. I did lose control over things, especially when it came like a hurricane and the way things unfolded overnight. I had to shoot this film amidst a lot of challenges and that was a bit unsettling in the beginning. I had time constraints and bringing the crew was a struggle, which I wasn't ready for, but I surpassed that. Later on, of course I was in my comfort zone and ready to direct. Eventually I enjoyed it a lot".

Produced by Zee Studios and Kamal Jain, Manikarnika: The Queen of Jhansi, is slated to release on January 25, 2019. The teaser of the movie was released on October 2 and has already got a stupendous response from the viewers and broke several records.