Nargis Fakhri shoots in London for a Sachiin Joshi film

Nargis Fakhri’s chilling experience of being harassed by unwanted male attention drove her out of the industry. 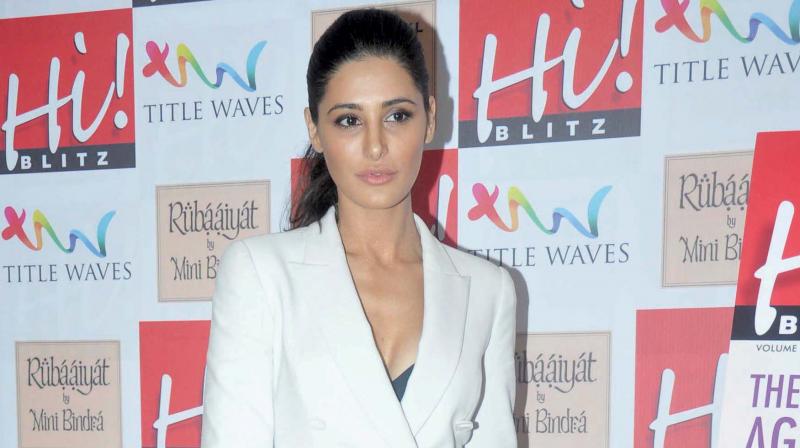 Actress Nargis Fakhri is back after leaving Bollywood in disgust. She will now be seen with actor-producer Sachiin Joshi in the supernatural thriller Amavas, which will open on January 11.

But hang on. This doesn’t mean Nargis has forgotten her grim experiences in the Hindi film industry. Says a source in the know, “Even now, Nargis is not ready to come back to Mumbai. She agreed to do Amavas, only because it was shot entirely outside India in London.”

Nargis Fakhri’s chilling experience of being harassed by unwanted male attention drove her out of the industry. A friend of the actress says, “There came a day when she just couldn’t take the persistent calls and passes anymore and decided to quit Bollywood and India.”

When Nargis declined to entertain the unwelcome attention, she was dropped from projects. One fine day, she was dropped from the one project that she had with a superstar. When she confronted the director, he shrugged helplessly and advised her to ask her famous co-star. Nargis preferred to move on.

Says the source, “No way was she going to give in. On the other hand, just staying on in India on her own terms was becoming more and more tough. Producers would tell her to loosen up and socialise. They would ask her why was she so uptight, though a New Yorker. They think girls in the West are more generous with sexual favours. But there was no chance in hell that she was going to give in.”

Nargis simply left the country. The lesson she leaves behind is one of standing up to the gross abuse of power. There are a number of top stars in Bollywood who are prime sexual offenders. Some of them are being seen as the sensitive masculine face of the MeToo movement. The day these powerful faces are unmasked, the movement will finally mean something in India.