The film’s team, including leading man Yash and Raveena herself, is not divulging this fact. 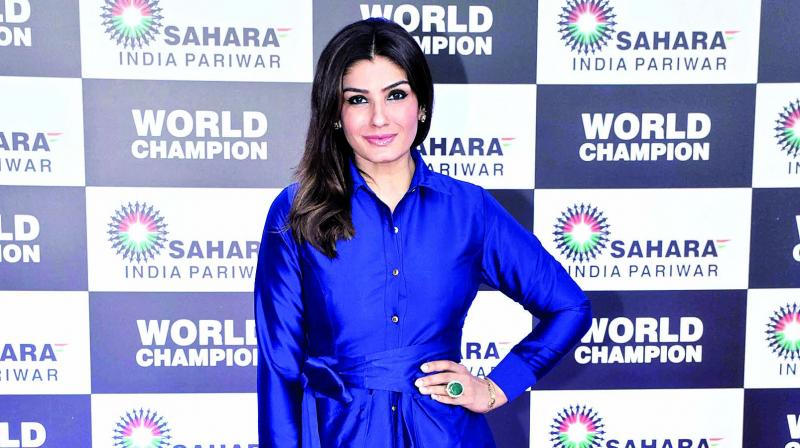 In the sequel to the hit franchise KGF, Raveena Tandon will be playing a politician whose look and ideology is inspired by Mrs Indira Gandhi. The film’s team, including leading man Yash and Raveena herself, is not divulging this fact.

Says a source close to the team, “Portraying any real politician is a very big risk these days. More often than not, you have a whole lot of disapproving protesting masses who want to stop the film.”

Therefore, Raveena is very quietly studying Mrs Gandhi’s mannerisms and trying to imbibe them. “She won’t imitate Mrs Gandhi, as that would look very cheap and unconvincing on screen. She has seen the way Mrs Gandhi has been played in recent films. She would rather do it her own way,” a source explains.

The actress has played a politician before in Madhur Bhandarkar’s Satta, “but this time she will play it in an entirely different way. Her character will take on Sanjay Dutt. They will play friends-turned-enemies,” informs the source.

Raveena remains one of the busiest actresses of her generation. Besides serving as one of the judges on the popular dance reality show Nach Baliye and playing an important role in KGF 2, she is a mother of two and her adopted children.

“How do I manage all of this? Don’t ask. It’s all about time management. I really believe there’s nothing that you can’t do if you want to. And if you say you can’t find the time to do something, then you don’t really want to do it,” the actress shares.