From obscurity to a possible Oscars

Actor Abhishek Banerjee is one step closer to achieving Oscars this year. We speak to the actor about his roles and ambitions 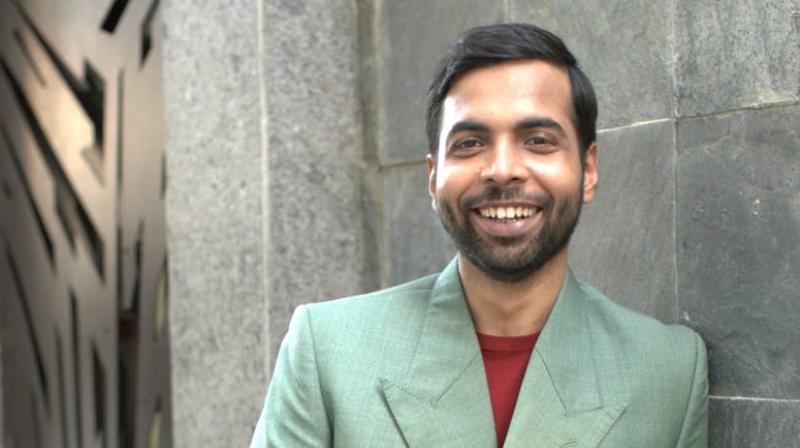 Actor Abhishek Banerjee, known for his roles in Paatal Lok and Mirzapur, is one step closer to achieving Oscars this year. We speak to the actor about his roles and ambitions Bollywood actor Abhishek Banerjee, who began his career with a short appearance in Rang De Basanti, has gone on to deliver several blockbusters on the silver screen, including Dream Girl, Stree and Bala. Recently, the actor went on to impress audiences with his OTT stints in Patal Lok and Mirzapur, portraying negative roles with added realism and quirk in each of his roles.

The astute performer has now added another feather to his cap. Abhishek is one step closer to the Oscars, for his role in a short film Paash, which has recently qualified for the Academy Awards. Abhishek is thrilled, as much with the news as he is with the audiences’ response.

“I am excited, elated, and actually out of words. I can’t express this feeling! I am grateful to the universe. This is way too special for me and this year has been fantastic and thrilling work-wise. While doing a short film, you don’t expect anything; you opt for it for the love of it. You never think about the outcome of short films. Sometimes, you do it only for the conviction of the director,” Abhishek tells us.

Although Abhishek’s films have been successful and critics have appreciated his work, fame knocked on his doors only after Paatal Lok. But the actor has no complaints—he believes every good thing takes time.

“We just need to be patient and continue to work hard in the right direction,” he states matter-of-factly. “It can get frustrating sometimes, but you need to keep moving to do something in life. It took me almost ten long years to get this recognition, but I am just glad this happened. I know this will open more windows of opportunities for me in both mediums, and my job now will be to just perform.”

Observing his way into success

Abhishek credits the OTT medium for his recent success. “I believe on OTT platforms, the audience builds a stronger relationship with the characters as they are also investing that much time with those characters,” adds Abhishek, who also runs a casting agency called Casting Bay in Mumbai.

Some of the actors he has handpicked include Siddhant Chaturvedi from the 2019-hit Gully Boy, Shreya Chaudhry of the 2020-web series Bandish Bandit and Mohammed Zeeshan Ayyub from the 2013-political–romance Raanjhanaa.

“I am proud of them, for they have been carrying the legacy of good acting, which is our main motto for casting,” shares the actor.

But what will be your priority, we ask him as we near the end of our interaction. “I’ve always focused on acting even though I have been casting for so many years. Acting is also a way of life, keeping in touch with yourselves and the society around. You don’t need to be on a set or stage to be an actor—you need to be a good observer first. Casting gave me the opportunity to observe more. It might sound too good to be perfect, but for me acting and casting go hand-in-hand, and I am happy to play both roles for my directors,” confesses the actor.