Haven’t asked anyone to defend me: Mammootty on Parvathy controversy 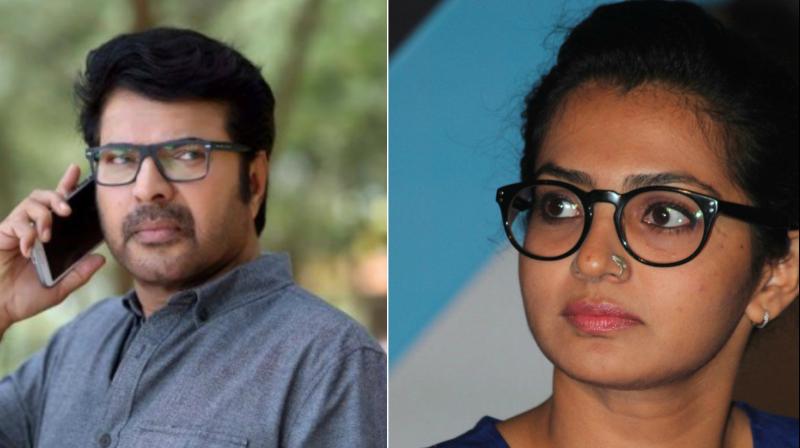 A man was today arrested following a police complaint by award-winning actress Parvathy.

Mumbai: Malayalam superstar Mammootty has finally broken the silence about the online harassment Paravathy has been facing for the past few days.

Award-winning actress Parvathy, who was trolled on social media for commenting against some dialogues in top actor Mammootty's film, lodged a police complaint. The 'Qarib Qarib Singlle' actress had recently called the dialogues in Mammootty starrer 'Kasaba', misogynist.

In an exclusive interview to a leading news portal, Mammootty said, "I don't go after controversies. What we need are meaningful debates. We all abide by freedom of speech and right to opinion. I have not assigned anyone to respond on my behalf or defend me."

A man was today arrested following a police complaint by award-winning actress Parvathy.

23-year-old Printo, hailing from Wadakkancherry in Thrissur was arrested by the police on Thursday following a complaint filed by the actress. He was arrested under Sections 507 and 509 of IPC and Section 67 and 67 (A) of the IT Act.

At an open forum organised on the sidelines of the International Film Festival of Kerala recently, she voiced her opinion against glorifying misogyny on screen and expressed concern about the absence of women's perspective in cinema.

To prove her point, Parvathy said she had recently watched 'Kasaba'.

Though she did not mention the actor's name, she said the film had disappointed her as it featured a great actor mouthing "misogynistic dialogues."

She had also said such kind of dialogues from a superstar would give a wrong impression to people.