The mother of all moral policing 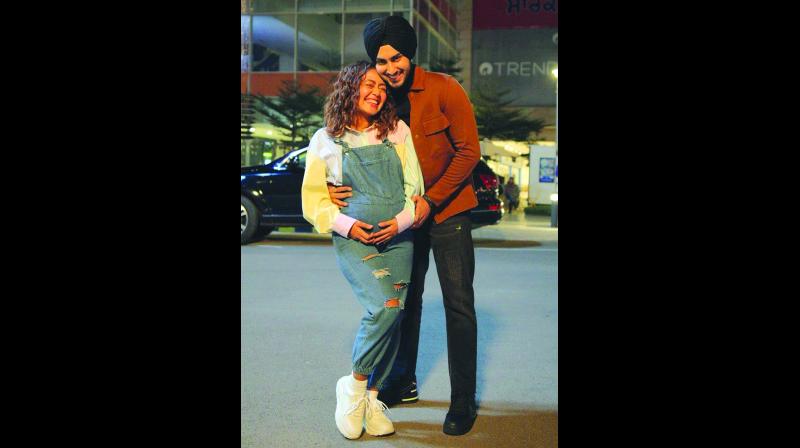 Recently, when singer and reality show host Neha Kakkar posted a picture on her Instagram account flaunting a ‘baby bump’, she surprised everyone for obvious reasons — she had just married singer Rohanpreet Singh on October 24 this year!

Later, Neha cleared the air by sharing a poster of the same image, which was part of her upcoming video ‘Khayal rakhya kar’.

But the picture, which seemed to show that the singer was quite a few months into her pregnancy, caused quite an uproar. While many of her friends in the industry and her fans congratulated the couple, others, were not on the same page. Many were judgemental and critical, acting like nosey neighbours and moral police about the couple having what was taken as a premarital pregnancy.

Hypocrisy at its sickening best
It’s been decades since India became a nation to reckon with globally for its economic and developmental achievements. But the idea of having sex before marriage is something that is still unacceptable here, and pregnancy before marriage is a jaw-dropping and eye-popping concept.

Ironically, society behaves differently but just as regressively with married couples. The pressure to have kids is immense, and if the couple fails to deliver ‘Good news’ to the family, the woman is blamed!

Social activist and the director of the Centre of Social Research, Delhi, Ranjana Kumari, slams people who troll a woman on the basis of her individual choices. “If something is done with mutual consent and if both are adults then no one has the right to judge them. Women are always targeted like this. No one has the right to say what a woman should do or not do; she is free to make her own choices as long as she can cope with her decisions. I am totally against this kind of backlash and targeting of women,” says the activist.

Another social activist Atul Sinha is of the opinion that society has no right to judge as long as a marriage is solemnised. “It doesn’t matter whether it is before or after. In today’s time, society is being hypocritical if people think that the couple should not have sex before marriage, leading to pregnancy. Hypocrisy can’t dictate societal norms. Two adults having sex is permitted by the law and the question of a child’s legitimacy comes only when the couple is not married. So, if a woman gets pregnant before marriage it’s her choice. It can’t be considered akin to committing a crime,” says Sinha.

Conscious act of love
A look at some women who have chosen to break the stereotype and bear children before marriage shows that they’ve been great parents and have set some major mother goals for society. Actresses like Neena Gupta, Kalki Koechline, Neha Dhupia, Konkana Sen Sharma, Celina Jaitly, Sarika, Sridevi, Amrita Arora, Mahima Chaudhary, and most recently, Arjun Rampal’s girlfriend Gabriella Demetriades and cricketer Hardik Pandya’s wife Natasa Stankovic, conceived before they tied the nuptial knot with their respective partners.

Women’s rights activist and human rights lawyer Nusrat Naqvi explains that consensual sex and pregnancy have no legal implications. “Supreme Court has legalised live-in relationships and if during that time a woman gets pregnant, then the child is also legal. Questioning one’s individual choice shows that we only want to show that we are modern but still holding the same orthodox ideas. If the woman and man are okay and they are happy and even if she wants to be a single mother then who are we to question her? Society needs to change its mind-set. It’s a human’s right and everyone is free to live with it,” says Naqvi.

Advocate Ishta Saxena validates that children born in a live-in relationship have equal legitimate status as those conceived in wedlock. “Rituals are formalities for societal satisfaction and nothing more than that. Society must maintain the dignity of a woman and her legal rights before making any comments on her pre-marital pregnancy or pre-marital sex,” she says.