The time when Vidhu Vinod Chopra lied to RD Burman 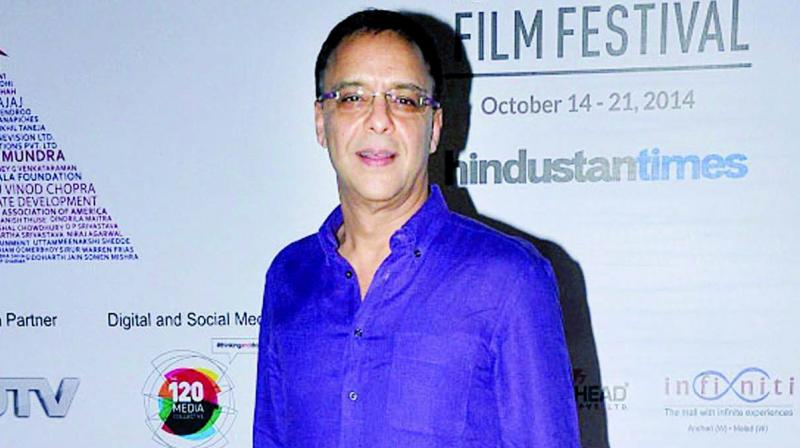 Producer Vinod Vinod Chopra is a few days away from his release Ek Ladki Ko Dekha Toh Aisa Laga. The title of his upcoming film has been lifted from an iconic song of his 1944 release 1942: A Love Story that he wrote, directed and produced.

Recalling the making of the original track, which has lyrics by Javed Akhtar and music by RD Burman, Vidhu Vinod Chopra says that the song was prepared extempore and that too in a span of few minutes.

“In fact, this song wasn’t there in our film. Javed kept telling me that he wishes to write a song for this film and I would console him saying that ‘Okay! You write but it will not be there in the film’. It so happened that one day, Javed was coming to meet both me and R.D. Burman in connection to writing a number for the film. The appointment was fixed but Javed hadn’t penned the lyrics yet. While coming for the meeting, out of nervousness, he wrote just one line –Ek ladki ko dekha toh aisa laga. Soon Javed entered the room and I asked him to read out the lyrics. He read out that one line. The line sounded good but what’s next in the song? Though Javed didn’t have anything in writing, he kept saying ‘Jaise khilta gulab, jaise shayar ka khwab, jaise ujali kiran, jaise van mein hiran…’ He was going on saying one line after another. R.D. Burman took his harmonium and started giving it tune and singing it and guess what! It took just five-six minutes to give this iconic song befitting and hummable music.”

Sharing another interesting anecdote about this song, Vidhu says R.D. Burman wanted to add violin and chorus to the music of this song. “Whenever insecurity seeps in people start making mistakes. Indeed at this point, R.D. Burman did not have any work. He told me that the song is ready but you have not allowed me to add my heartfelt music in this number. I want to add violin and chorus to the music,” he says and adds that he got little perturbed upon hearing this.

“But, although I was lying, I instantly consoled him saying that I will add some music while shooting the song like the bell of the cycle that Anil would be pedalling during the shoot. I just fooled him so that he could not make any change in the song. The moral of the story is—Any great artist should never feel insecure,” he concludes.