Statistics show that the audience’s interest in shows relating to real incidents of crime is growing, and a large majority of them is women. 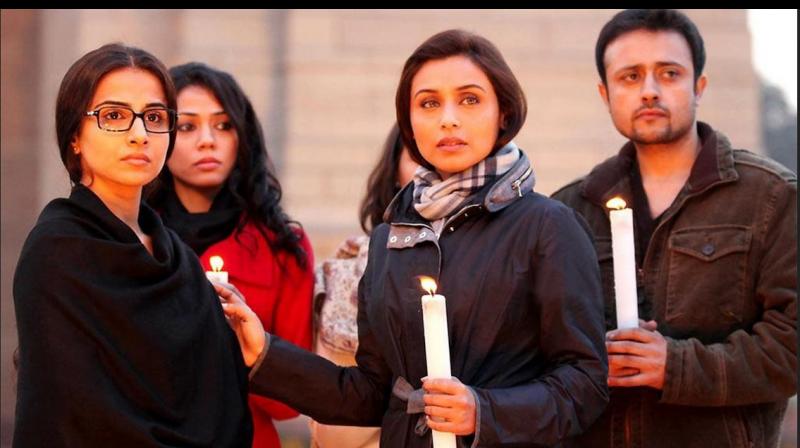 A still from No One Killed Jessica, a film based on the murder of Jessica Lal

Crime Scene: The Vanishing at the Cecil Hotel on Netflix is a new documentary series that explores notorious locations shrouded in mystery and crime. Based on a true story, the series focuses on the mysterious death of Elisa Lam, a college student who was staying at the Cecil in 2013 before she vanished.
There’s no disputing our collective fascination with crime stories. Netflix’s Unsolved Mysteries, HBO’s I'll Be Gone in the Dark, Documentary series like Michigan Murders, The Keepers and Delhi Crimes have gained immense popularity on OTT platforms. Films like No One Killed Jessica and Talvar are based on real-life crime stories. Anup Soni’s Crime Patrol cautions all of us to be ‘Satark, savdhan and taiyyar’. A new film or series based on true-life crime is released practically every week. The genre’s growth is inescapable, and it has gained particular favour with women of all ages. Wine and Crime, a true crime podcast, reported that they get half a million downloads each month, and a staggering 85 per cent of their audience is female.

Anuja Trehan Kapur, renowned criminal psychologist, believes that even though women fear becoming victims of a crime, they’re interested in the genre because it helps them understand how a crime is perpetrated. “Women are the ones who are most subjected to horrible crimes and such series help them understand the psyche of both the criminals and the victims. This helps them not to become such victims themselves,” she says. Women subconsciously absorb information on coping with horrific situations from such films and series. They relate what they see to their own lives, and prepare befitting responses, should such incidents happen to them. “They somehow connect with the subject in these series because they have been subjected to heinous crimes such as rape, murder, sexual assault and sexual abuse,” feels Anuja. “Such shows are like a class for women to understand crime. Women get tips about how to increase their chances of survival if they find themselves in a dangerous situation,” she points out, adding, “moreover, the genre is thrilling in nature.”

Staying safe in an unsafe world
Her views are endorsed by Dr Meghana Srivastav, criminal investigative psychologist and founder, Forseti Consulting. “I think there’s a curiosity about potential perpetrators and what made the victims in true life cases vulnerable, in order to find a way to ‘be prepared’ and have a sense of control and avoid being victimised,” she says. “Fear is leading women, even subconsciously, to be interested in true crime, because they want to learn how to prevent it,” she feels, and adds, “We need to understand the aspects of victimization and how the majority of victims of extreme crimes are women.”

Cat Arambulo-Antonio takes it a step further. “Feeling unsafe is an almost constant state of mind, and our deep desire to feel protected by the legal systems is satisfied when we watch stories where justice prevails. That sense of justice reflects in our desire to be a part of systems that work towards women’s safety and protection,” the influencer says.

“It’s in our nature to be highly aware of criminal cases, and we want to discover the ‘who’, ‘what’, ‘when’ and ‘where’ to better protect ourselves”
— Cat Arambulo-Antonio, social media influencer

“Such shows are like a class for women to understand crime. Women get tips about how to increase their chances of survival if they find themselves in a dangerous situation,” she points out, adding, “moreover, the genre is thrilling in nature”
— Anuja Trehan Kapur, renowned criminal psychologist

Crime Scene: The vanishing at the Cecil hotel
A documentary series that explores notorious locations shrouded in mystery and crime

The keepers
A docuseries on the unsolved murder of Cathy Cesnik, a nun and Catholic high school teacher in Baltimore, US

Michigan murders
A documentary on Michigan Murders, a series of highly publicised killings of young women in US

Delhi crimes
The series is set in the aftermath of the 2012 Delhi gang rape.