Kangana has forgotten how much I’ve helped her, says Pahlaj Nihalani

After the actress lashed out at Pahlaj Nihalani for making her uncomfortable by offering a risque role, the producer presents his defence. 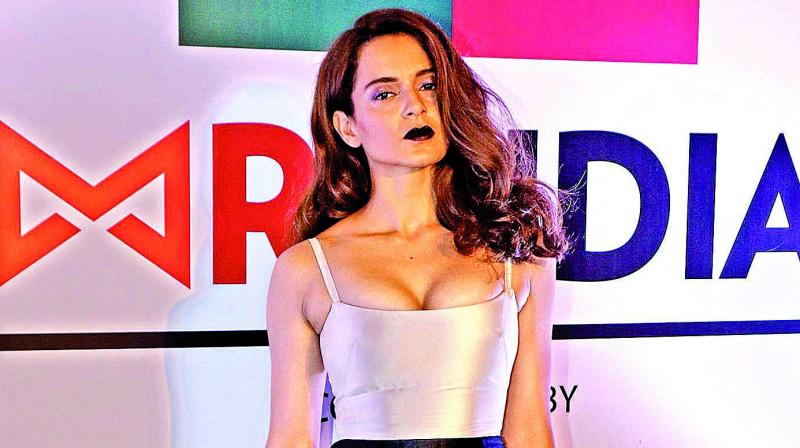 Producer and former chairperson of the censor board Pahlaj Nihalani is suddenly in the news again, thanks to the ever-newsy Kangana Ranaut who has lashed out at Nihalani saying, “Pahlaj Nihalani had offered me a film called I Love You Boss. They had a photo shoot where they gave me a robe to wear and no undergarments. So, I just had a satin robe for a showgirl pose, from which I had to stick my leg out. I was supposed to play a young girl lusting after her middle-aged boss. So it was a soft-porn sort of character. And I had this epiphany that I can’t do this. I felt like this is exactly what my parents were talking about. I actually went through the photo shoot, but then I disappeared. I changed my number,”

Nihalani has a very different story to tell. “First of all, I wasn’t even there when the photo-shoot for the film happened. She had gone for the shoot with her then-secretary Rakesh Nath who also looked after Madhuri Dixit.  So what she wore for the photo shoot or didn’t wear was not my lookout. Secondly, does Kangana remember how desperately she needed this role in my film I Love You Boss that she is now calling porn, and how much she requested me to cast her? Kangana had gone around the entire film industry with Aditya Pancholi knocking on every producer’s door for work. But no one signed her. Only I ventured to sign her, although I was advised against it.”

Nihalani wonders how the film has suddenly come back into Kangana’s consciousness.  “For ten years she has acknowledged Anurag Basu as her mentor and discoverer. She seemed to have completely forgotten that long before Anurag, I cast her in I Love You Boss. And she seemed most happy about it. The story was about a young girl and her crush on her boss. I approached Amitabh Bachchanji for the boss’ part. When he declined the part, I approached Rishi Kapoor. He loved the script but couldn’t do the film. I finally asked my dear friend Shatrughan Sinha and he agreed.”

This was when Kangana dropped the first hot brick on the project.

Recalls Nihalani, “Kangana said she won’t work with Shatruji. She told me Zarina Wahabji had advised her not to. She didn’t take Aditya Pancholi’s name. She took his wife’s name. I was livid. Was Kangana in a position to turn down a film with a legend like Shatrughan Sinha? That was the end of the project.”

She apparently broke her contract with Nihalani. “Kangana was contract-bound for three films with me. But when she asked me if she could do Anurag’s film, I released her of the contract.  Does she talk about this ever? Or does she talk about the time when she was in big trouble for giving the wrong Mumbai address on her passport when she had to fly out to shoot for Ritesh Sidhwani’s film? Misinformation on the passport is a serious crime. I ran from pillar to post to bail her out of trouble. And this is how she repays me? By accusing me of exploiting her?  With success, the struggle  is forgotten and so are those who helped  you get where you are.”