First look alert! Vicky Kaushal in and as Sardar Udham Singh is intriguing; check out 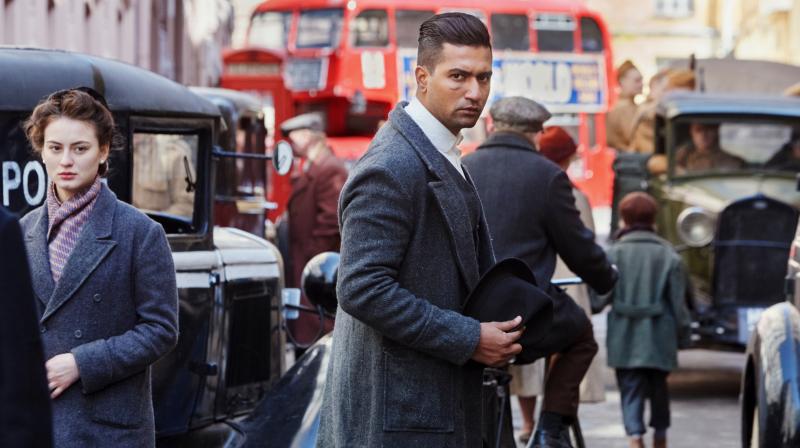 Vicky Kaushal in and as Sardar Udham Singh. (Photo: Instagram)

Mumbai: On the occasion of this April marking 100 years of the tragic Jallianwala Bagh massacre, renowned filmmaker Shoojit Sircar presents the first look of his biopic Sardar Udham Singh- the rare and untold story of one of the bravest freedom fighters of India.

Shoojit Sircar takes forward his distinctive legacy of unconventional stories onscreen, by showcasing the life of Udham Singh, the great Martyr and Indian freedom fighter who bravely assassinated Michael O' Dwyer (the former lieutenant governor of the Punjab) in 1940, London.

Running my fingers through the bullet holes at Jallianwala Baug, little did I realise that I would one day get a chance to re-live and depict the anger & anguish of the lesser known martyr, revolutionary...SARDAR UDHAM SINGH. #SardarUdhamSingh @shoojitsircar @ronnie.lahiri #SheelKumar @writish1 #ShubenduBhattacharya #RisingSunFilms @sadarudhamfilm

Starring the talented game-changer and NextGen leader Vicky Kaushal as Sardar Udham Singh, the film will witness an unprecedented massive shoot schedule across various countries this year (The first schedule is currently underway in Europe as we speak), with the theatrical release pegged for 2020.

Director Shoojit Sircar speaks on bringing alive such a unique subject on film, "I chose this event as it is one of the most pivotal revolutionary contributions to the freedom movement which has albeit gone unnoticed for generations. Udham's struggle and sacrifice is a very important story for today's audiences to be made aware of, and I have collaborated with my esteemed writers Riteish Shah and Shubendu Bhattacharya, along with my friend and producer Ronnie Lahiri once again for this humble tribute to the maverick freedom fighter and his story. Vicky is unquestionably one of the most dynamic actors we have today, and together we shoulder great responsibility to deliver due justice in bringing alive this inspiring story onscreen."