Why the loss of Bollywood's most gifted artiste feels personal 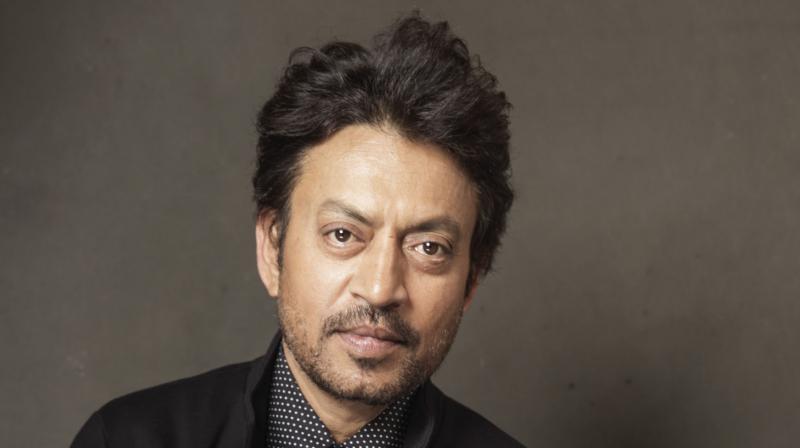 Bollywood actor Irrfan Khan, who died after a long battle with cancer in Mumbai on Wednesday.

New Delhi: Sahabzade Irfan Ali Khan now lies buried at the Versova kabrastan in Mumbai. It was not an act. It was the final scene in the life of Khan who added an extra ‘R’ to his name later in life, probably for luck.

Irrfan Khan, actor extraordinaire, died at the age of 53 at Mumbai’s Kokilaben Dhirubhai Ambani Hospital from complications arising out of what he once said was a “bin bulaya mehman” — neuroendocrine tumour, a rare, malevolent cancer for which he was being treated in London.

In 2018, in a note to his fans about his fight with cancer, Irrfan wrote, “I trust, I have surrendered”.

Irrfan’s final surrender came early on Wednesday, four days after he had said goodbye to his mother, Saeeda Begum, through video. She died in Jaipur on Saturday. She was 95.

Irrfan Khan, one of India’s best, and probably Bollywood’s finest actors, could play anyone, anything, at any time. And he did.

In his 35-year-long career, which began on Doordarshan in 1985 with the serial Shrikant, Irrfan acted in over 80 films and 20 television series, including three Oscar-nominated films — Mira Nair’s Salaam Bombay! (1988), Danny Boyle’s Slumdog Millionaire (2008) and Ang Lee’s Life of Pi (2012). But Irrfan was not, and is not, loved in India just for these accomplishments.

He's loved for his infectious charm and the personal connect he would forge with the audience every single time he was on screen because, apart from his almost lyrical dialogue delivery, he would invest almost all his characters with a clear-eyed common sense and humanity.

There was also a mischievous, almost sufiyana attitude with which he seemed to gaze at and deal with people and life. And this is why it felt like he was a friend, koi apna sa who had answers to some of our questions about life. And that’s why, perhaps, his untimely, tragic death feels personal, as if deceitful life has wrenched from us someone apna sa.

Trained at Delhi’s National School of Drama, Irrfan had many acting chops — he could be a show-offy, sparkling actor, and he could humbly surrender to the character he was assigned. In commercial films, Irrfan would often be dramatic, studied, chamkeela — like in his biggest hit to date, Hindi Medium (2017). And while working with directors like Mira Nair, Vishal Bhardwaj, he would be understated, almost natural, yet powerful and stunning.

Though he has very few dialogue in Ritesh Batra’s The Lunchbox, the 2013 film in which he plays second-fiddle to a three-tier steel tiffin box, his portrayal of Saajan Fernandes for once and for all settled the murmurs that had then been swirling in Bollywood — about who is a better actor, Irrfan Khan or Nawazuddin Siddique.

From forging almost preposterous sexual tension with Tabu in Maqbool (2003), to playing Piku’s (2015) taxi driver who explains to her crabby Bengali father, with a diagram, how easily potty travels out when sat in the desi potty position, the list of memorable roles Irrfan Khan has played, the movies he has excelled in, the mediocre films he has brought to life with his crackling presence is very long. But what binds them is the feeling we have all experienced while watching him — simple goodness and some crackling wit can conquer all.

Mira Nair, in Irrfan Khan’s biography by Aseem Chhabra, recalls how while directing a scene in The Namesake (2006) she told Irrfan what she wanted: “Halka sa ankh mein ansoon, magar neeche nahi ana chaiye (Yes, a slight tear in your eye, but it should not roll down your cheek)."

He did it in one take.

During his battle with cancer, Irrfan Khan wrote to his fans about the pain, fear, panic he felt, the realisation he had about himself and life. He titled it, A Note From London.

“I had been in a different game, I was travelling on a speedy train ride, had dreams, plans, aspirations, goals, was fully engaged in them. And suddenly someone taps on my shoulder and I turn to see. It’s the TC (ticket collector): ‘Your destination is about to come. Please get down.’ I am confused: ‘No, no. My destination hasn’t come.’ ‘No, this is it. This is how it is sometimes,’” Irrfan wrote.

“The suddenness made me realise how you are just a cork floating in the ocean with unpredictable currents! And you are desperately trying to control it,” he added.

“As I was entering the hospital, drained, exhausted, listless, I hardly realised my hospital was on the opposite side of Lord’s, the stadium… Once, while standing on the balcony of my hospital room, the peculiarity jolted me. Between the game of life and the game of death, there is just a road. On one side, a hospital, on the other, a stadium. As if one isn’t part of anything which might claim certainty – neither the hospital, nor the stadium. That hit me hard… It hit me. The only thing certain was the uncertainty. All I could do was to realise my strength and play my game better. This realisation made me submit, surrender and trust,” Irrfan wrote.

At the Kokilaben hospital in Mumbai on Wednesday afternoon, director Tigmanshu Dhulia, who cast Irrfan Khan in Paan Singh Tomar (2012), a role that won the actor his only national award, Irrfan's body lay surrounded by a few friends and family members in masks. “I am sad how small his janaza (funeral) will be… else it would have been a hujoom (mammoth turnout),” Dhulia said.

In every film-loving house in India on Wednesday, there was a janaza and a hajoom of tears that kept falling.