He was a dedicated and committed actor, says director Gunasekhar, as he shares few anecdotes about the star 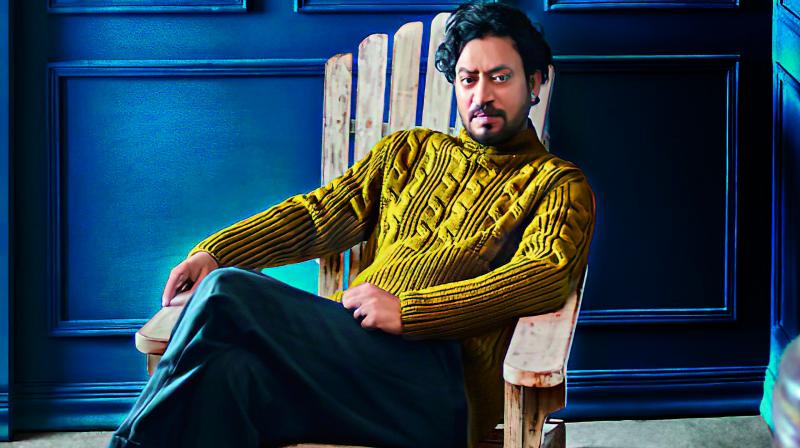 Irrfan Khan acted in one South Indian film  'Sainikudu' directed by Gunasekhar. “I heard that he was hospitalised and I hoped that he would return soon; I was shocked to hear the bad news,” Gunasekhar said, reacting to the actor’s untimely demise.

Referring to the 2006 movie in which he directed, Irrfan, Gunasekhar recalls that “At the time when I wanted to cast him in my film, he was one of the busiest actors. I knew that he had rejected many offers from the South, but when I met him and narrated the story, he accepted it.

He had seen my earlier film Okkadu, and had a good opinion of me, which was why he agreed to do Sainikudu.” Describing Irrfan as “One of the best actors that Indian cinema has had,” Gunasekhar said, “He was a dedicated and committed actor. Though he did not know Telugu, he asked me to send all the dialogues well in advance.”

He took trouble to understand the meaning of all the dialogues and then he prepared himself for the scenes.” The director added that Irrfan would ask him a lot of questions about the background of his character, so that he could really get into the part. Gunasekhar recalls one particular scene with Kota. “Kota Srinivasa Rao is one of the best character actors; he also acted in Hindi and Irrfan knew about him. In my film, Irrfan had a scene with Kota. Irrfan prepared himself one day in advance for that particular scene, because he wanted to compete with Kota’s performance. That’s the dedication of Irrfan.”

The director also remembers how Kota had praised Irrfan. “Kota generally doesn’t praise non-Telugu actors, because he feels most of them come without much preparation, and just say something instead of the actual dialogue for their lip sync. But after that particular scene, Kota praised Irrfan immediately for his performance.”

Delving into his memories again, Gunasekhar says, “After we had completed a few schedules, Irrfan got an offer for a Hollywood film (A Mighty Heart) and he told me about the film. He had already given us bulk dates, so he asked me whether I would agree to adjust here so that he could do that Hollywood film.

We all felt proud about that offer and I immediately spoke to Mahesh (lead actor) and Ashwini Dutt (producer) and rescheduled his dates. We advanced most of his shooting; he was supposed to work for 30 days, but we made it 20.”

The director notes that although Irrfan was then “one of the most in-demand and busy actors, he only made a gentle request when he got the Hollywood offer”, and added, “he was very happy that we relieved him so quickly.”

Gunasekhar also remembers that Irrfan was always health conscious. When Sainikudu was being shot, “he came to know that my wife used AMC cookware which allows very little oil to be used in cooking, and he asked her to get him a set of those utensils,” Gunasekhar said.

“I shared a good rapport with Irrfan throughout the shooting,” the director says. However, he didn’t get a chance to speak to the actor after his film was completed, as Irrfan was very busy. “A few years ago, when he was shooting in Hyderabad, he messaged me, but we couldn’t meet,” Gunasekhar rues.