Shubham Singh directoral ‘Penalty’ conveys an inspirational story of a North-east Indian footballer fighting all odds to achieve his dreams. 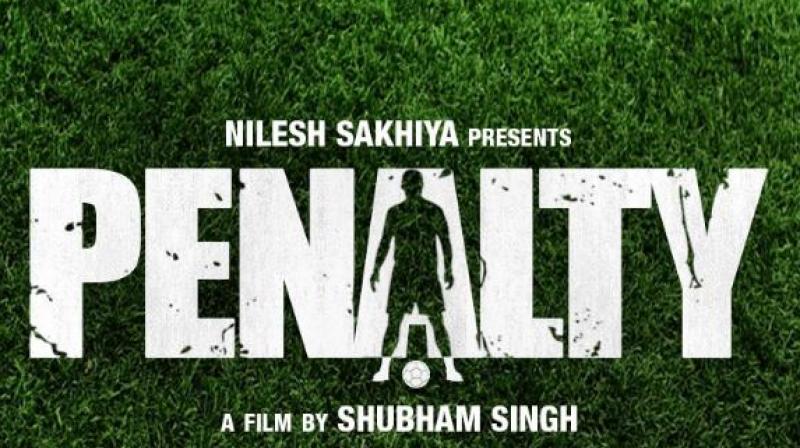 Veteran writer Akhilesh Choudhary, who is tackling a sensitive issue of Discrimination in sports in India with his forthcoming sports drama Penalty, says discrimination is a huge issue in India and it needs to be addressed.

Talking about the idea of the film, Akhilesh Choudhary said, “When I was studying in college, we had 50% student population from north-east and rest from north India. I did my graduation in three years, and I don’t recall a single time, a single incident, where students from north-east said hello to me or anyone, or even tried to mingle with other students hailing from other parts. They even had their fresher-parties separately”

“This is a big issue. We hail from the same country, he is my fellow countryman, but still the distance between us was and is, tremendous. The biases, the name calling, I mean it is endless. The discrimination exists in sports, education and even making friend. I wanted to address this issue, first I thought I would make a documentary, I did not think about making a film based on this issue. After coming to Mumbai, I thought about making the film on the backdrop of football. Discrimination issue is huge in India, it needs to be addressed”

Shubham Singh directoral ‘Penalty’ conveys an inspirational story of a North-east Indian footballer fighting all odds to achieve his dreams.

Talking about the cast of the film, Akhilesh Choudhary said, “See the story is based in social issue, so it didn’t require any big actors but good actors. The makers decided to go with Kay Kay Menon, Manjot Singh and Shashank Arora, and they have definitely added more power to the story and now the narrative is highlighted with stellar performances”

The film is produced by Nilesh Sakhiya, Ritu Shrivastava and Aditya Shrivastava, under the banner of Rudrakshh Films and is releasing on Worldwide on 19th July, 2019.