While some expressed concern for their fans by sharing helpline numbers, others saw the funny side in the situation. 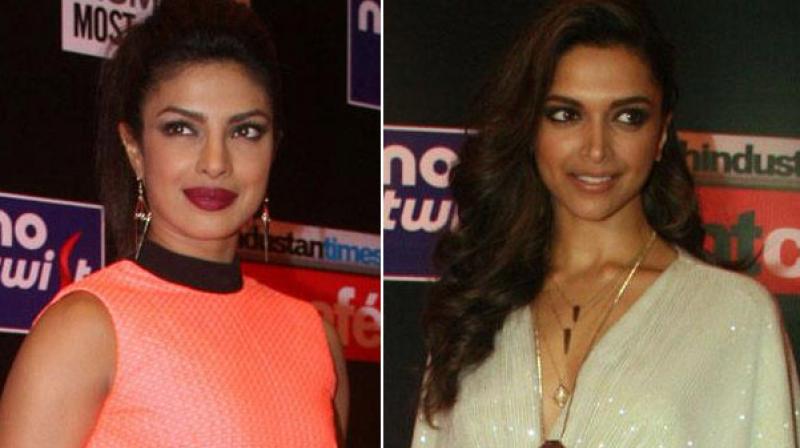 Priyanka Chopra and Deepika Padukone were among those who tweeted.

Mumbaikars were reminded of the fateful 26 July deluge in 2005 when the rain gods went berserk on Tuesday.

While several people pointed out how the flooding saw exaggerated media coverage considering there were much more intense floods in Bihar and other parts of India recently, our Bollywood stars based in Mumbai can perhaps be forgiven for not tweeting then.

Most of the celebrities took to Twitter asking their fans to be safe and even shared helpline numbers for those who could be stranded.

From Dilip Kumar to Priyanka Chopra, most of them expressed their concern for fans in the situation.

May Allah keep all of you safe. #mumbaiRains. I've been told the authorities are doing their best to make it easy for you. God bless.

BMC helpline 1916. Police Helpline 100..Home is the safest.. for most. Find shelter and give shelter. Be safe Mumbai #mumbairains

While I do this,alerts showing up on my phone about the rains in Mumbai.Please stay safe and take care everyone.

I saw the Mumbai police braving the rain and helping people I was also helped to reach home by some people that's why i say#mumbaimerijaan.

Heard about the heavy rains in Mumbai!!! Please be safe.. And PLEASE make some room for stray dogs and cats in your buildings & compounds!

Not just that, many of them had to actually face a tricky situation when their cars got stuck in the waters.

Anupam Kher, Mahesh Bhatt and R Madhavan shared videos and pictures on social media to reveal how their cars got stuck in the waterlogged roads.

My silly car down.. had to bail and wade home in thigh deep water.. excitement and frustration...

My car got stuck in heavy rains. Called a friend. He & his daughter came to my rescue. Now I am in his house. 🙏#StaySafe #HelpfulMumbai pic.twitter.com/YIoMcvwojb

Bhatt went on to say that ‘generous strangers’ had to actually pull them out of their car and that two of his sisters almost drowned in the flood.

"We were pulled out of our car just in time by generous strangers." ( Khar West , Mumbai. 4:30 pm ) pic.twitter.com/XfxOiE4uXn

Wake up Mumbai !! This is the worst monsoon 'nightmare' !!! Just spoke to 2 of my sisters. They almost drowned in Khar West.

However, some celebrities also saw the funnier side in the chaotic situation with Amitabh and Abhishek Bachchan sharing light-hearted tweets apart from the serious ones.

Even Twitteratti were at their hilarious best and even trolled Sidharth Malhotra for his recent tweet where he tried to promote his film ‘A Gentleman’ while expressing solidarity with the people of Punjab and Haryana post the violence in the aftermath of the conviction of Gurmeet Ram Rahim Singh.

How Sidharth Malhotra is expecting his mumbai fans to come and watch his movie #AGentleman #MumbaiRains pic.twitter.com/OiqNnAR4XY

Sidharth Malhotra: To all the people of Mumbai, please stay safe in #MumbaiRains. Hope you can see our film soon #Agentleman #PeaceAndLove