Entertainment   Bollywood  30 Aug 2019  This is why director Mudassar Aziz is happy with Ananya Panday
Entertainment, Bollywood

This is why director Mudassar Aziz is happy with Ananya Panday

Director Mudassar Aziz is very happy with the way Ananya has gotten her character right. 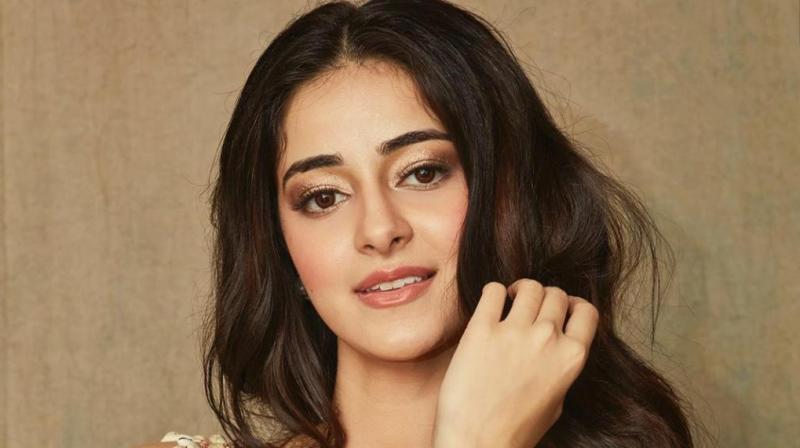 Mumbai: Ananya Panday, from the very beginning of her career, is doing extremely well and has undoubtedly been hailed as the ‘Best student’. The teen sensation’s directors are very happy with her shots and believable so, as the actress works really hard for every project of hers. Sources reveal Ananya Panday is at her excellent best on the sets of ‘Pati Patni Aur Woh’. Director Mudassar Aziz is very happy with the way Ananya has gotten her character right and is wrapping up her shots in minimal takes!

Recently, Mudassar Aziz had also handed her a Rs 500 note because he liked her shot. In Indian culture, when a guru gives an amount to their discipline, it’s considered a matter of great pride and respect as it conveys the fact that their disciple is excelling in their field and in this situation, Ananya is surely proving to be the best student!

This certainly makes clear how Ananya is a director’s actor and takes her projects as they come to her. She certainly is one happy go lucky actress who is not afraid to work hard and give her best in the projects she does!

Ever since her Bollywood debut, Ananya has been raking in immense love and appreciation from across quarters. The actress is currently one of the most sought after names for brands where she is already the face of the most iconic brands of all times. More so, she is known for her style and sartorial choices.

The stunning Ananya Panday, who has also emerged as the youth icon of the year, has also become one of the most followed actresses on Instagram as she recently crossed a following of 4 Million. The actress who debuted with ‘Student of the year 2’ has been enjoying a massive fan following even before her entry into the Bollywood, and after her debut, the following saw massive growth.

The debutante also has made a trend impact on her followers after she launched her initiative ‘So Positive’ which stands against social media bullying. Her initiative So Positive intends at creating a safe platform for the people who have faced online harassment and been victims of faceless bullying which has gained major appreciation nationwide.

Ananya’s next project Pati Patni Aur Woh alongside Kartik Aryan and Bhumi Pednekar is all slated to release on December 2019. Apart from that, the actress will also be seen in the recently announced film ‘Khaali Peeli’ alongside actor Ishaan Khatter.