Bollywood stars took to Twitter to express their grief over the actor's death and conveyed their condolences to his family. 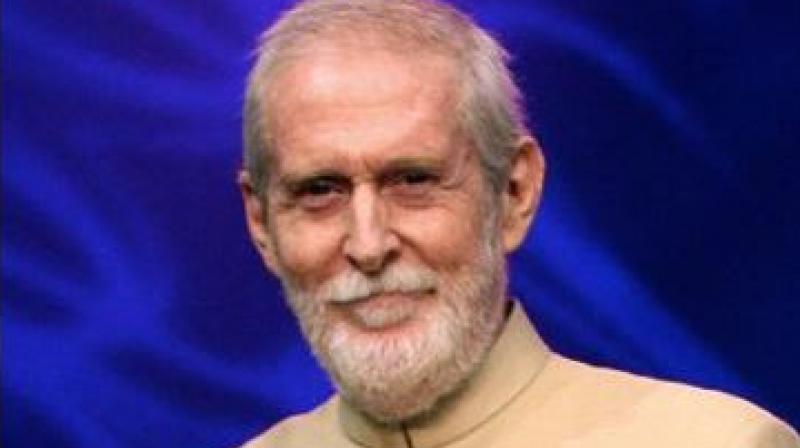 Tom Alter was an Indian actor of American descent.

Mumbai: 2017 looks likely to be remembered as the year where the film industry lost some of its veteran actors.

After Vinod Khanna, Om Puri and Reema Lagoo, the film industry has been jolted with the loss of another veteran this year, actor Tom Alter.

The actor was popular for films like ‘Shatranj Ke Khiladi’, ‘Junoon’, ‘Aashiqui’, ‘Parinda’, ‘Sardar Patel’ and ‘Gandhi’, TV shows like ‘Bharat Ek Khoj’, ‘Shaktimaan’ and plays such as ‘In Ghalib In Delhi’.

He was honoured with the Padma Shri award by the government in 2008.

Bollywood stars like Anil Kapoor, Mahesh Bhatt, Arjun Kapoor and several others took to Twitter to express their grief over Alter’s death and sent their condolences to the families.

An all rounder is what he was, with a heart of gold. Back in the day, I even studied acting under him. You will be missed dearly #TomAlter pic.twitter.com/VagrwVLDr4

Goodbye to you my trusted friend! 🙏🙏🙏! Actor Tom Alter, a Padma Shri awardee, dies of cancer at 67https://t.co/DkJkHZImO8

So sad to hear about Tom Alter sir.. had the honour of knowing him while doing a play in Delhi .. such a lovely human being. Rest in Peace.

RIP. My friend and colleague Tom Alter. Bless you! pic.twitter.com/7JSWK0Qbww

I had the privilege of working with him in Bangistan. Will always remember him for his humility and kindness. #RIP #TomAlter https://t.co/xa9FLWcq7h

Meeting #TomAlter was always informative, educative & inspirational. He was great on stage, celluloid & on playground. Will miss you Tom.

American that loved #India His commitment to Indian culture films n poetry was absolute. A friend we can never say goodbye to RIP #TomAlter

We mourn the untimely death of a legend who was more than just an actor. #TomAlter's presence in the world will truly be missed. Rest in peace..

Sad to know about #TomAlter Remember working with him as a AD in a film,His contribution 2 theater & cinema will be always remembered. RIP🙏 pic.twitter.com/EHpfvaMzz0

Mr. Alters wife, Carol Alter was my English teacher for years. I had the privilege of knowing this beautiful couple. #TomAlter (1/2)

Saddened to learn of the passing away of veteran actor Tom Alter. A wonderful person. May his soul rest in peace.🙏💙 pic.twitter.com/JuLh8qqoJp