A source suggests that both father and son were quietly looking to pacify Govinda. 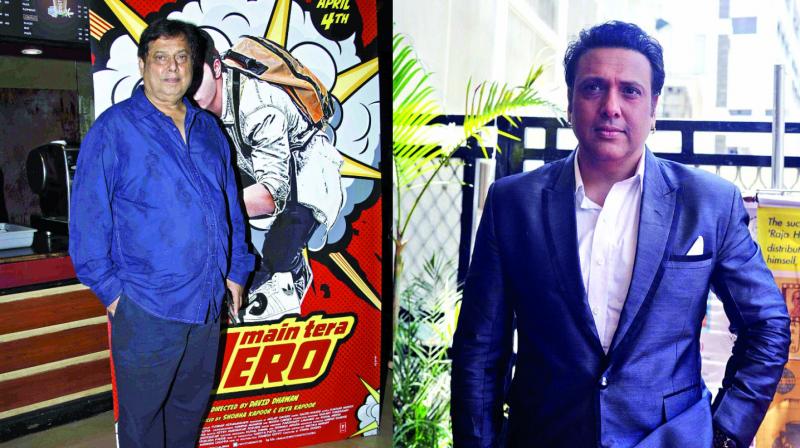 Many stories about the great falling out between director David Dhawan and his one-time favourite actor Govinda have done the rounds. The actor went even as far to suggest that David, his one-time mentor and friend, had proven to be an opportunist, who dumped him during his hard times. Word is that Govinda even sniggered in the media, when comparisons were made between Varun Dhawan and him.

However, David and Varun never hit back. A source suggests that both father and son were quietly looking to pacify Govinda.

A recent attempt at widening the rift between David and Govinda was a story that claimed that a reworked Judwaa song had seen the actor’s name being dropped in Judwaa 2. In a hurried reconciliatory gesture, David reached out to his old pal earlier this week with two offers that Govinda couldn’t refuse.

“David offered Govinda his next movie, and an invitation to watch his son’s Judwaa 2. Govinda gladly accepted both offers,” says a source in the know. Confirming that the ill will with Govinda had been dissolved, David says, “We’re all friends in the industry. There was never any problem with Govinda. If he was hurt that I hadn’t worked with him for a while, he had every reason to be hurt. He has the right to pull me up if he has a grievance. The rivalry and animosity has been created in the media to sell sensational stories. Govinda and I never had a problem. We’re definitely working together. Why shouldn’t we?”

As far as the song goes, David patiently explains, “It’s a new version of the old Salman song. We can’t have the same references again for Varun.”

But right now, David’s focus is Judwaa 2. So, will Govinda see Judwaa 2 any time soon? “Of course,” says David. “At the earliest. Varun is like a son to Govinda. He needs his blessings.”