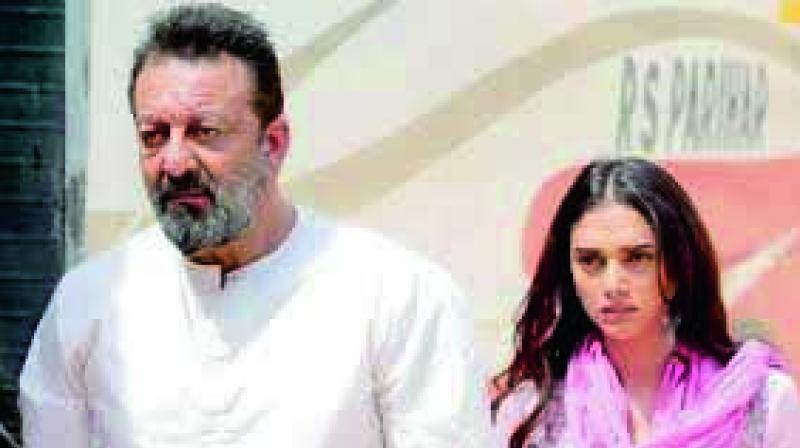 Actors Sunjay Dutt and Aditi Rao Hydari in UP for Bhoomi,

Lucknow: Uttar Pradesh is of late emerging as the new destination for shooting of Bollywood films. Films which shoot around 75 per cent in the state are entitled to Rs 2 crores as subsidy. But the biggest factor attracting droves of film directors to UP is that in recent years, the absence of major law and order disturbance related to the film.

Apart from an abundance of untapped locations, the directors also get local talent from theatre groups that don’t cost much. It may be recalled here that earlier, shooting of films such as Gadar-Ek Prem Katha was temporarily stalled because some Muslim clerics objected to some names in the film.

In 2000, Deepa Mehta had to call it a day without shooting a single frame for Water in Varanasi because the locals objected to the subject of widow remarriage. Film shooting in the state got an impetus during the former Akhilesh Yadav government, which went out of its way to promote film making in UP; it even declared tax exemption for more than 37 films during its tenure.

It has been learnt that the  criterion for giving tax exemption to films was solely at Mr Yadav’s discretion and the designated committee had no role to play in it. According to sources, actors Ranveer Singh and Madhuri Dixit performed at the Saifai Mahotsav and their films (Bajirao Mastani and Dedh Ishqiya) were declared tax free.

“Tax exemption to films without following the prescribed procedure cost the state exchequer dear. We lost more than Rs 36 crores by giving tax exemption to films, some of which did not even deserve it,” said a senior official who was posted in the entertainment tax department during the former Akhilesh regime. 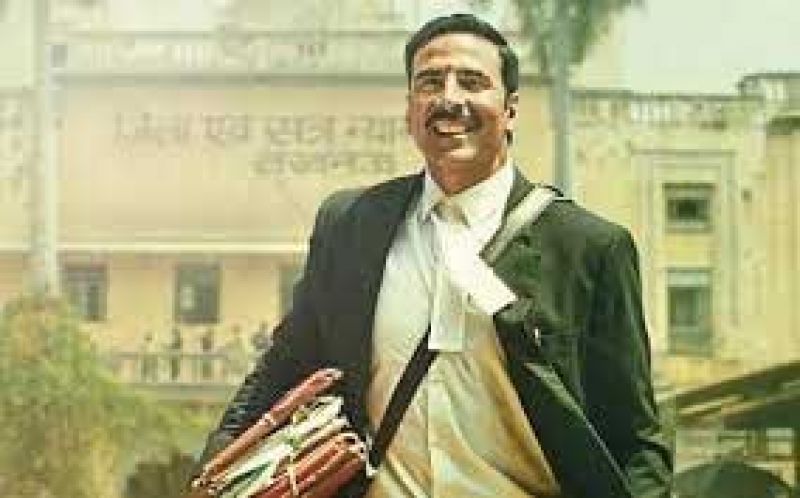 “Two films, Bajrangi Bhaijaan and PK, turned out to be the biggest culprits with tax losses amounting to Rs 2.5 crore and Rs 2 crore, respectively,” he said. The most favoured locations for film shootings continue to be the old haveli-like structures in Lucknow, including Jahangirabad Palace, and houses with old architecture such as those shown in Bareilly ki Barfi.

Actors Ajay Devgan and Ileana D'Cruz are presently on a month-long schedule in Lucknow for their latest film Raid  and the two blockbuster releases in the past one month that have hit the bull’s eye — Bareilly ki Barfi and Toilet Ek Prem Katha were shot in Mathura. Akshay Kumar had earlier shot extensively in Lucknow for Jolly LLB 2. Bhoomi, which releases this week, which is supposedly the comeback film of actor Sunjay Dutt, has been shot in Agra. While this was so, the film directors are busy exploring virgin locations across the state

Bureaucrats tend to go easy with filmmakers, but with a rider. Their families should be allowed the privilege of selfies with the actors. However, the Yogi Adityanath government has not evinced much interest in promoting film-making and the earlier policy of giving tax exemptions to films shot in the state has been put on hold.

Mr Adityanath has granted tax exemption to two films in the past six months. One of them was, Ek Thi Rani Aisi Bhi, based on the life of Bharatiya Janata Party leader Vijayraje Scindia, which did not even get a decent release, while the second was Toilet-Ek Prem Katha that promoted Prime Minister Narendra Modi’s ‘Swachchh Bharat Abhiyan’ campaign.