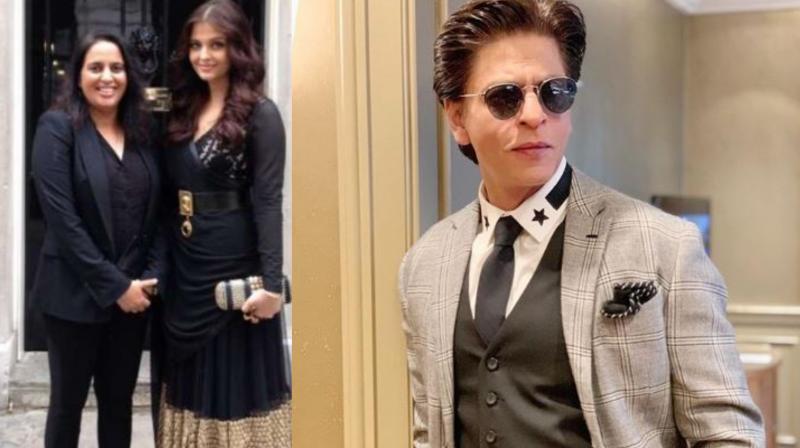 Mumbai: Our Bollywood celebrities like Ekta Kapoor, Karan Johar, Manish Malhotra are known to keep top-notch Diwali parties. Amidst all, the one who is famous for an extravagant party is Amitabh Bachchan. The ‘Shenshah’ of Bollywood has recently hosted a grand Diwali bash at his palatial home,Jalsa and invited all the stars of Bollywood.

Right from Virat Kohli, Anushka Sharma to Akshay Kumar, Shahid Kapoor, the celebs did not miss Big- B’s starry affair. However, the event caught everyone’s attention due to an unforeseen incident happened at the Megastar’s home this time.

Aishwarya Rai Bachchan’s manager Archana Sadananad escaped a narrow fire accident but was quickly rescued by none other than King Khan of Bollywood- Shah Rukh Khan. He immediately removed his jacket and extinguished the fire.

Apparently, Sadanand’s lehenga caught fire due to a diya(wick lamp).
Archana suffered 15 per cent burn injuries whereas Shah Rukh also suffered some minor injuries. He was quick to act on the spot and save Archana.
She is currently recovering from her wounds and is in the ICU. She is kept alone so that she does not catch infections.

The incident happened around 3 AM when Archana was in the courtyard of Jalsa with her daughter. Apart from Shah Rukh, the party was attended by wife Gauri Khan. Others in the list were Rishi Kapoor, Neetu Singh, Parineeti Chopra, Akshay Kumar and Shahid Kapoor and many more.