Entertainment   Bollywood  30 Nov 2017  I have a story to tell my kids, says Adnan Sami
Entertainment, Bollywood

I have a story to tell my kids, says Adnan Sami

Does he intend to pen down his story in a book? The singer believes there’s still time. 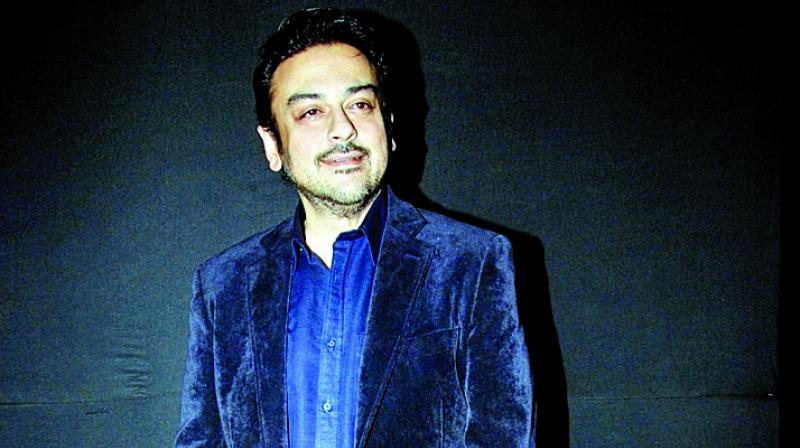 He had fought his struggle all alone to get the Indian citizenship and now that he has attained it he is indeed not taking it for granted. Musician Adnan Sami, who never minces his words, recently got vocal about the ban on Pakistani artistes.

He says, “Today, we all are socially aware, so if one condemns the Paris attack and also expresses sympathies about the Florida shooting incident then you should be able to do that for Uri attacks too. You can’t be selective when it comes to humanity.” He adds, “When the people have made you feel like your own, please stand with them. We didn’t ask them to fight with their government. Had they condemned the attack, it wouldn’t have gotten this bad.”

The musician further states that he isn’t one to be affected by trolls. “I don’t give a damn about trolls. There is a problem in Pakistan and I know I am going to get trolled for this, but they don’t value their artistes. They aren’t given their due till they were picked up by someone else.”

Does he intend to pen down his story in a book? The singer believes there’s still time. “I have a few more chapters to go. I actually feel reborn. There were so many things I wanted to work on but I was concentrating on getting an Indian citizenship.” He recalls, “I was using the Bandra-Worli sealink and when I saw the flag, and told myself, “What a journey. I have tell this story to my kids, and they better not take it for granted. I am going to constantly tell my kids that their old man worked really hard for this.”