The film collected approximately a mammoth 192.49 crore rupees at the domestic box-office. 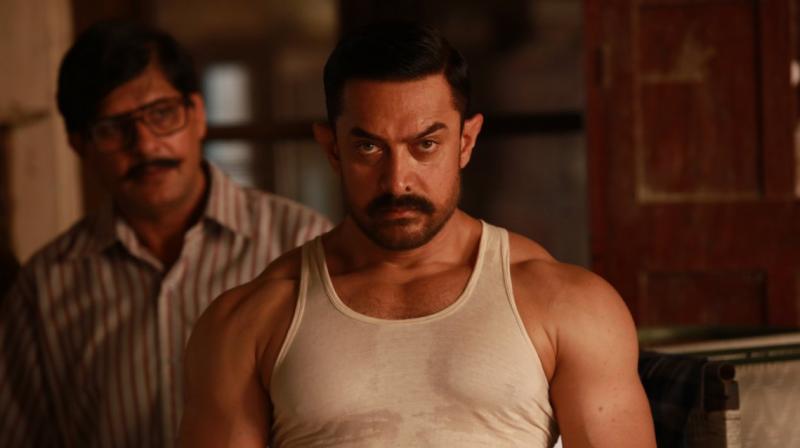 Mumbai: Aamir Khan's 'Dangal' had breached the 100-crore mark in merely three days and the film has continued its outstanding run at the box-office.

The first week numbers are out and it has passed with flying colours.

The film collected approximately a mammoth 192.49 crore rupees at the domestic box-office, which is the second highest till date.

Salman Khan's 'Sultan,' which released this year itself, and incidentally was also set to the backdrop of wrestling, holds the record with around 209 crore rupees, though the film had a few good holidays thrown in, in the first week.

'Dangal,' going strong on its terrific word-of-mouth, is expected to have an extended shelf-life, very much like Aamir's last release, 'PK,' which eventually went on to become the highest grosser of all-time, in Indian cinema.

But it remains to be seen, if 'Dangal' will succeed in eclipsing 'Sultan's overall collections to become the highest this year, or even go further to break his own 'PK' record.

Watch this space for more!