The actor talks about his film’s success, taking on taboo topics, and fatherhood. 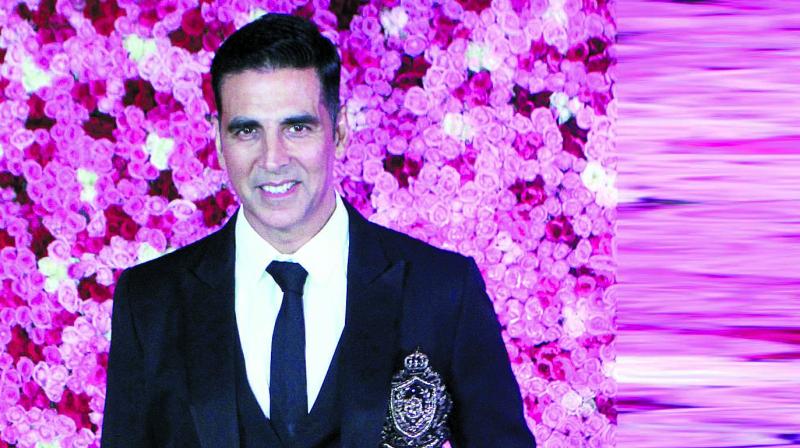 Akshay Kumar’s latest film Good Newwz seems to have pleased both audiences and critics alike with its nuanced comedy. While the film’s success is no surprise to those who have seen the actor’s incredible comic timing, he is still elated that people enjoyed it.

“I am so happy that everyone liked the film, and especially the subject. Hollywood films have not yet touched this topic either; we are the first ones to tap into the subject of IVF, which is very tricky. What is surprising is that parents are taking their children to watch this film, and the children are liking it and learning from it too. The film basically is an educational film; it teaches you how life changes after a child is born. Especially your relationship with the newborn baby, even though the sperm is somebody else’s,” he shares.

The king of taboo
While Good Newwz deals with a relatively hush-hush topic, Akshay reveals that he did not have any doubts while taking on the film. The actor shares that he doesn’t find sex to be as taboo a topic as people make it  to be. “At an interaction with a channel, they bleeped out the word ‘sperm’ and I immediately asked for the person who did this. We should not forget that we have read about reproduction in Class 7 or 8; it’s a natural thing. Nowadays, schools are also imparting knowledge about sex to children,” he notes.

But this isn’t the first time the actor has chosen to highlight such a subject. Infact, he has taken on several films about taboo topics before, including women’s menstrual health in his 2018 film Pad Man. The government even lauded him for his work by means of a National Award. “Having received the National Award feels nice, but the credit goes to my wife (Twinkle Khanna). It was her idea, and she is the producer of the film. I just went to receive the award on her behalf,” he laughs.

Actor, father, husband
Speaking about his work in Good Newwz, the 52-year-old reveals that he took inspiration from his real-life roles of a father and husband. “In a few scenes, you bring your real-life experiences onto the reel. I did think about the time when I became a father for the first time. I would think of my real wife and tried to bring the same energy while performing the scenes with my reel wife,” he explains.

Looking back at his own experience of becoming a first-time father, Akshay shares that he took his time to connect with his son. He recalls: “A woman gets attached to a child when she conceives and carries them in her womb for nine months, but a father always gets attached after a few months or a year after a child is born. I still remember when my son was born, it took me two months to register that I have become a father now.”

He adds that a baby acknowledging you as a parent will catalyse the connection. “You do not connect easily, but when your son first says ‘dada’, it is then you feel something and get connected. The son does not need to say ‘mama’ because he has already been connected to the umbilical cord,” he opines.

Winning streak
Much like the last few years, 2019 has proven to be Akshay’s year as well. With four hits under his belt — Kesari, Mission Mangal, Housefull 4, and Good Newwz — the actor has dipped his toes in a variety of waters. “I was keen to do different films even earlier, but I did not have the money. However, since the last eight-nine years, I can make my own film as a producer. But if at all I would have gone to any producer with these subjects, he would have surely slapped me,” he laughs.

Humble as ever, Akshay still credits his resounding success to luck and good writing. “I am lucky to get good scripts where the concept falls rightfully in place. In fact, I am always on the lookout for scripts that carry messages too, though not always intentionally,” he says, adding that his professionalism has helped him succeed as well. “During the early stages of my career, many of my films flopped at the box office. But producers and directors continued to cast me because they would see me being punctual and say ‘yeh actor time par pahunch jata hai.’ (This actor always reached on time),” the Khiladi actor concludes.