The actor’s first ever web series is out to positive reviews. He talks about the project and more. 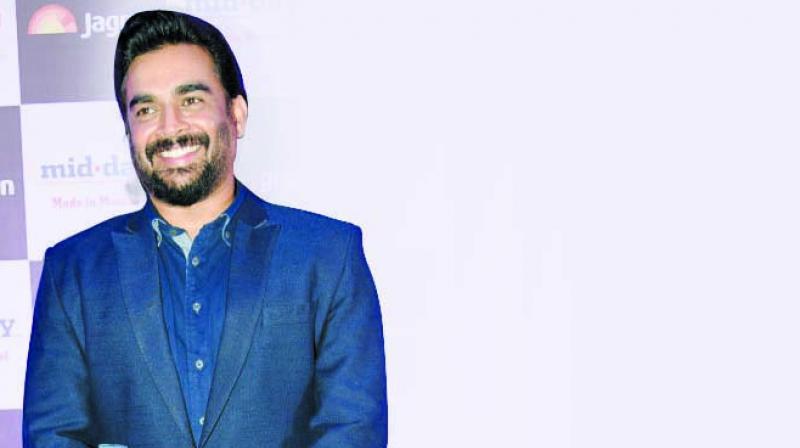 R. Madhavan won hearts with his performance of the forlorn lover in Rehnaa Hai Terre Dil Mein. Through his career, the actor has given remarkable performances in Rang De Basanti, 3 Idiots, and Tanu Weds Manu to name a few. Following the release of his much-awaited web series Breathe, where he plays the role of a father, who won’t stop at murder to save his son, the actor opens up about the moving to the digital platform, his female fanbase and going on a sabbatical for four years.

What made you say yes to a web series?

While Breathe was a great story for me, I was about to refuse the offer, owing to the sheer number of interesting web series being made. The standard for web series has gotten so high in just the last couple of years, that it made me a little nervous. So. I wanted to ensure that whatever project I get myself involved in, it had to be interesting. Also, I didn’t want people to jump on any conclusions; I didn’t want them thinking that I am doing a web series just because my films are not working.

Your fans love your work in films. The kind of adulation you receive from your fans here is on a different scale altogether. Do you think the same will happen for the digital platform?

Actors have a certain nervousness on Fridays, because now there is no escaping from the results at the box office. The audience will either like the film or hate it completely. That I find exciting, and I will miss that because I will not know the result of Breathe immediately here.

But web series come with their own set of challenges. There is no scope of making an error in a web series, because if you do make a mistake, people will pull you down with that much intensity.

You are soon turning producer, tell us more about that?

I don’t enjoy the production phase at all. But I am working on an interesting project. At times, you find a particular subject that you want to explore yourself, completely own it, and don’t want to share it with anyone. The project is a biopic on a rocket scientist.

You are choosy with scripts. Do you crumble under pressure when it comes to paying bills?

By God’s grace, I have made enough money... And frankly, making money is not a problem. I am not one of those guys who spend beyond their means. I don’t need security guards to go to an airport — nobody is going to kill me. Even after 20 years of working in the film industry, I have lived my life simply and detached from glamour. Despite that, I get offered lead roles and I think that’s a pretty big achievement.

I am absolutely enjoying being in my 40s. All over the world, actors have become superstars after they hit 40. You have lived through several life experiences and have become worldly wise at the same time. There is a certain attraction towards these people, and if that person turns out to be clever then it becomes an example. It’s easier to get lead roles post 40 but it depends on what you have done till 40. You get a reality checks as you grow old, but you have to be cautious. I am 41 and I can still play my 3 Idiots role, which people accepted back then! And now that I am 48 years old, let’s see what happens.

However, I personally think my female fanbase has started liking me better after 40! (laughs)

You have thousands of female followers. Is there any kind of insecurity in your marriage?

My wife is very proud of me, in fact. There is no insecurity at all, because I haven’t given her any reason to be insecure. So, all is well in the paradise.

A few years ago, you took a sabbatical from work. How have things changed since?

Today, I am in a position where I am getting some great scripts. Work never stopped coming to me and after Tanu weds Manu and other projects, I thought this new generation is so advanced and informed, that I wanted to do something for them. So, I took a four-year long break, went all over India and discovered the different kinds of cinema that they like to watch. In four years, I gathered information and then I activated it in my career.