With recent women-led films failing at the box office, one wonders if heroines have not cultivated a fan base beyond social media. 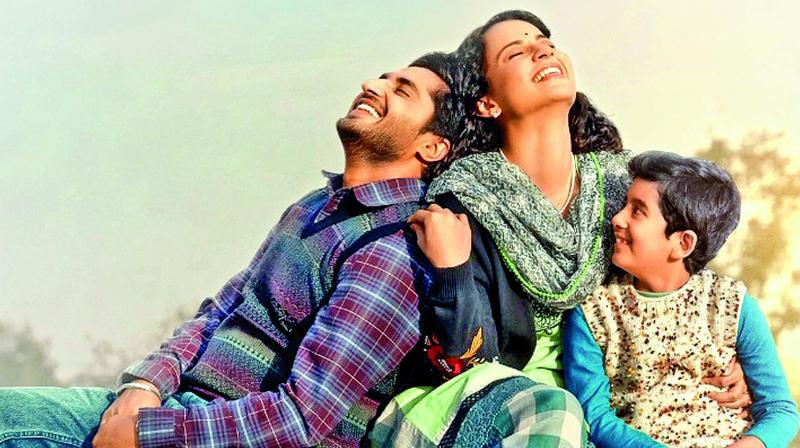 A still from the film Panga

Bollywood has evolved in many ways over the years, one of the most poignant changes being the increase in female-centric movies. From self-sacrificing mothers to hardcore fighters, women are now portraying gritty characters on screen. However, while these attempts to bring women to the forefront are noble, such movies rarely rake in shekels. And this year hasn’t been encouraging for our female leads. Both Chhapaak and Panga were unable to make it big despite having Bollywood’s two leading heroines, Deepika Padukone and Kangana Ranaut in author-backed roles. While they have huge fan followings on social media, their films’ collections are not even meeting the half of it. This begs the question of whether it’s about Bollywood heroines’ fan base or other factors.

Similarly, Margarita with a Straw director Shonali Bose believes that the film’s concept also matters. “Female-oriented films have limited appeal at times due to its content. If you put big male stars in it but you don’t have strong content, you still won’t get large openings at theatres,” she explains, adding that audiences seek entertainment in a film over emotionality. “When a subject is difficult, people would rather decide to watch it later on digital platforms,” she adds.

Battling the patriarchy
While the industry has been male-dominated thus far, films like Kahaani, English Vinglish, Queen, Neerja, and  Raazi broke the glass ceiling. But in the end, the economics prevail. “It is difficult for directors to convince producers for female-driven film,” confesses Bose.

Film distributor Raj Bansal notes that in the past three decades, hardly any woman-driven films have done well at the box office. “It is a myth that women can solely lead a film to success. It is always male actors who bring in the business. From Madhuri Dixit to Sridevi, no actress could make a film do wonders at the box office without a hero,” he observes.

Conversely, Ranaut believes that female actresses haven’t cultivated their own audiences. “Women films are made on smaller budgets because no woman star except me have directly connected with the audiences. Women here don’t have their own audiences, which is why they opt for big heroes or big directors,” she asserts.

Hitting the right note
Actresses like Ranaut have been able to move audiences in the past, but experts find that simply making a female-driven film and cashing in on the hype will not draw in the audiences. “One has to look at the right release date and avoid clashes. The audiences judge a film from its trailer and clashing of too many films in same week kills the merit of the film as the audience gets divided,” explains trade analyst Rajesh Vasani.

Bose notes that the audience’s perception also shapes a film’s success. “It depends on the star cast, and that’s what happened with Chhappak. Deepika is not being useful and glamorous in the film because she is an acid victim. But we can’t say because it’s a female-led film and so it didn’t do well,” she opines. Vasani adds that Panga also failed because of its subject matter. “It’s not that it didn’t work because it’s led by a woman, as every film is not bound to work. Despite having Kangana, Panga didn’t do well because kabbadi is not so popular sport in India.”

But The Sky Is Pink director believes that it is more about content than gender. “If that was the case, then Kahaani wouldn’t have been a huge success. There are films which have crossed `100 crores at the box office so it really depends on the content. A film has to be poignant and terrific to bring the audiences to theatres,” she believes.

Bansal agrees, adding that actresses like Alia Bhatt and Deepika Padukone have the potential to lead a film if given a strong script. “Audiences need entertaining stories, so there is nothing like man and woman. Big male actors also fail miserably, but if there is a strong script, even a female actor can do wonders at the box office,” Bansal opines in conclusion.